An RPG with eight characters whose stories are played sequentially (instead of simultaneously and together like other RPGs) and where one character's play will alter subsequent story and play.

Romancing SaGa is a turn-based RPG and one of the many to be produced by Squaresoft for Nintendo platforms. Directed by Akitoshi Kawazu, who also created 1988's Final Fantasy II for the Famicom, the SaGa series was conceived as an off-beat sister series to Squaresoft's core Final Fantasy franchise. The first three SaGa games were released for the Game Boy platform (known as Final Fantasy Legend overseas) before the introduction of the Super Famicom Romancing SaGa series, which also had three entries starting with this one.

Romancing SaGa, and the SaGa games to follow, would be best known for presenting multiple scenarios with distinct protagonists that the player can progress through in any order they wish.

The game was eventually released for three platforms: the Super Famicom, the Wonderswan, and the Playstation 2. The Super Famicom 1992 release was the original version. The Wonderswan version is just a port of the SFC version, only with minor additions like a new boss battle against Barbara. Both of these versions were not released outside Japan. The Playstation 2 version, however, was not only released in other regions, but is essentially a different game. In fact, the game was released as Romancing SaGa: Minstrel Song in Japan, the subtitle being dropped in other regions. Although it follows the same plot as its predecessors, Minstrel Song features new quests, abilities, characters, and vastly different gameplay mechanics.

Some time before the beginning of the game, three dark gods (Death, Barbara and Saruin) wage a war against the high god Arol. They were unsuccessful, and all but Saruin were beaten. Instead, Arol locked him away with 10 gemstones, which are then scattered across the Earth. By the beginning of the game, however, the world becomes populated with monsters, and Saruin threatens to return.

This is essentially the only common story element that links the different characters of the game. Instead of one storyline, Romancing SaGa consists of eight separate characters, each with different introductions and stories before they all come together to tackle the same quests.

Instead of being given a large overworld to explore, Romancing SaGa presents the player with an unexplorable world map with selectable locations they can explore. New locations are unlocked by talking to certain people, exploring other areas, or engaging in certain quests. Getting between other segments of the world map usually requires either passing through an area linking the two segments, or riding a boat between certain towns.

Romancing SaGa, much like other JRPGs of the time, employs a traditional turn-based system of combat. However, unlike other RPGs, battles are not triggered through random encounters, but by approaching them on the map. The difficulty of the battle depends on the direction in which the player approaches them; it is better to sneak up from the sides or back than to engage in a direct attack. The same holds true for the enemies, who can change the player's in-battle formation by approaching their party from the sides or back.

Unlike many other RPGs, battles do not end with players gaining experience toward level ups. Instead, each statistic levels up according to how that character fought. For example, heavy use of the bow will cause that character's bow proficiency to level up. Characters learn new abilities (and are able to use abilities more often) by leveling up the corresponding weapon. Magic is bought from certain shops in certain towns, but there are certain magic types that cannot coexist within the same character (ex: fire and water). Both spells and abilities draw from collective pools of points necessary to use the move, but only magic shows these points. However, unlike later games in the series, weapon levels are not tied to the characters, but to the weapons themselves, meaning that upgrading equipment results in the loss of all abilities tied to that specific weapon.

To use items in battle, each character must equip them individually. In addition to usual potions and MP restoring items (which, oddly enough, come specific to each type of magic), Romancing SaGa is the only SaGa game to feature summons, gained through a certain quest. Rather than behaving like an attack, the summons behave more like special characters, taking the place of the entire party for a given number of turns.

The maximum amount of gold the player's party can carry at any given time is 9999 gold. However, upon selling an item that results in a gold count higher than 10000, the game gives them a jewel, equal to 10000 gold. Since the player stops gaining gold when they hit 9999, it is imperative to sell an item as soon as they hit this cap. This quirk only applies to the SFC and Wonderswan versions; jewels are not present in the PS2 remake. 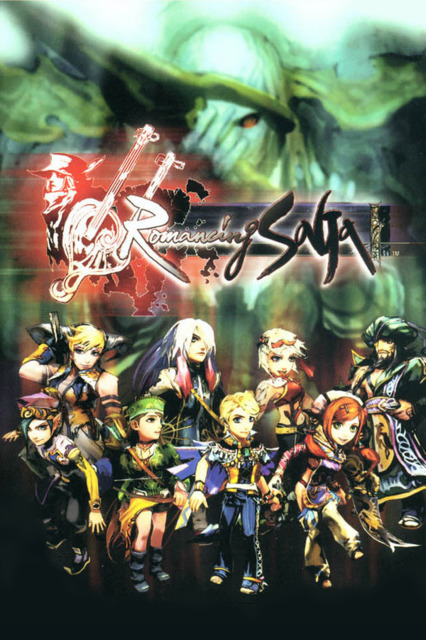