The last of Sega's NFL 2K series to be released on the Dreamcast, later being ported to other platforms. It was one of the highest rated football games ever released.
PlayStation 2

NFL 2K2 was the last in the NFL 2K series to be released for the Dreamcast. Following the demise of the Dreamcast, it was released on both the PlayStation 2 and Xbox consoles.

Wide Receiver Randy Moss was again featured on the cover, the last of his three consecutive appearances since the original NFL 2K. 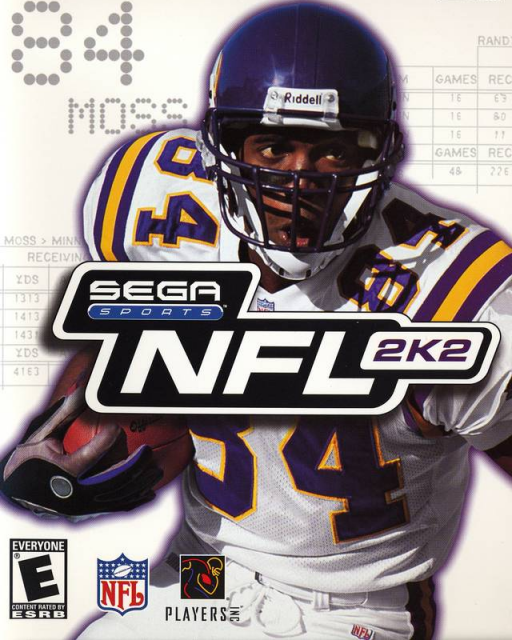