An action RPG for the Saturn developed by the team that would eventually become VanillaWare.
PlayStation Portable

Princess Crown is an action RPG developed for the Sega Saturn by Atlus and was released exclusively in Japan on December 11,1997. Featuring real-time combat mixed with typical RPG elements, Princess Crown is highly regarded as being one of the best looking 2D games on the Saturn with notably large sprites and fluid animation. The development team behind Princess Crown eventually left Atlus and founded their own studio in 2002 called Puraguru which would later be renamed to VanillaWare. The company has since created several games that are inspired by or are spiritual successors to Princess Crown, such as Odin Sphere, Muramasa, and Dragon's Crown. Princess Crown was later ported to the PlayStation Portable in 2005 by Atlus and featured a few extras such as an image gallery.

The player takes the role of Princess Gradriel, heir to the throne of Valendia. The demon Larva, banished by Gradriel's mother 25 years hence, has re-awakened and is now once again threatening Valendia. So, against her adviser's wishes, the young princess ventures out to dispel the demon forces from her lands and restore order.

Although Gradriel is the main character, you can play as the other characters in their stories after you beat the main game. 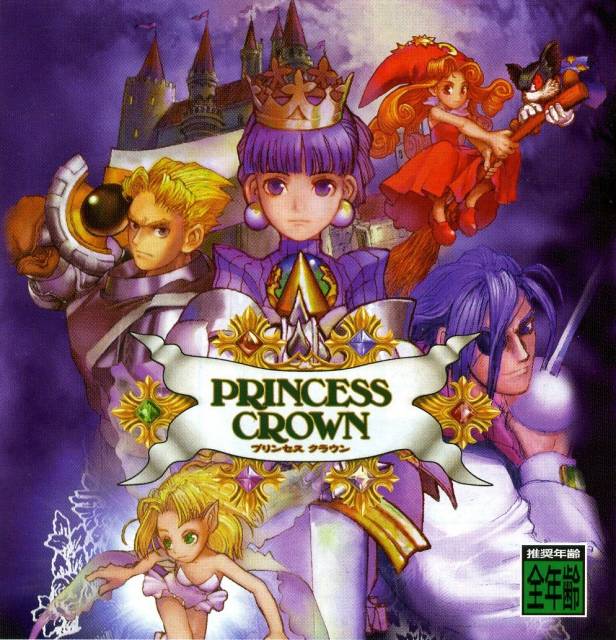