Age of Empires II: The Conquerors

Control 5 new civilizations, and take on 4 new campaigns along with a myriad of new units and features in this expansion pack to Age of Kings.

Additions to the game

Many new features were added into the game, tweaks to the core gameplay were also put into place.

There were many changes made to the core gameplay in order to make it more user friendly. For one thing artificial intelligence was made more user friendly and was changed in order to be more intelligent. This aided in 'micromanagement' which made the game easier and more accessible to new players. Other features were also added to aid in single player gameplay. Chat commands, a staple to the series were added to ask AI players for resources such as food, gold, stone, and wood or to tell their AI allies to attack the enemy. This is a feature still used in the third part of the series. Another significant improvement was the population limit for each player/civilization, which increased from 75 to 200. Smaller improvements were added, such as in the campaign, Hero Units were now able to regenerate health.

Four new campaigns were added into the game. They were based on the exploits of

Another campaign, called Battles of The Conquerors, was added which took a different approach then the others. Rather then having a campaign centering around one character, it was based on a variety of battles which had no relation to each other. All of these battles are important to history but were not featured in a narrative campaign like the other ones, and unlike the other campaigns, the player did not need to unlock missions by completing other missions, and there was no progression to the campaign. The player could play any battle at any time. The list of battles featured in this campaign included;

A total of five new civilizations were added to the game, including two meso-american civilizations which do not have access to cavalry. Instead both Mayans and Aztecs gain eagle warriors, which serve as scouts in the early game and strengthen to knight equivalents in the late game.

Other new features include twenty six new features, new real world maps, and new units available to all races. Each new civilization in the game also got their own unique heroes. The level soundtrack was changed completely.

Sabotai Defeats The Knight's Templar (full soundtrack in one track (30:50) 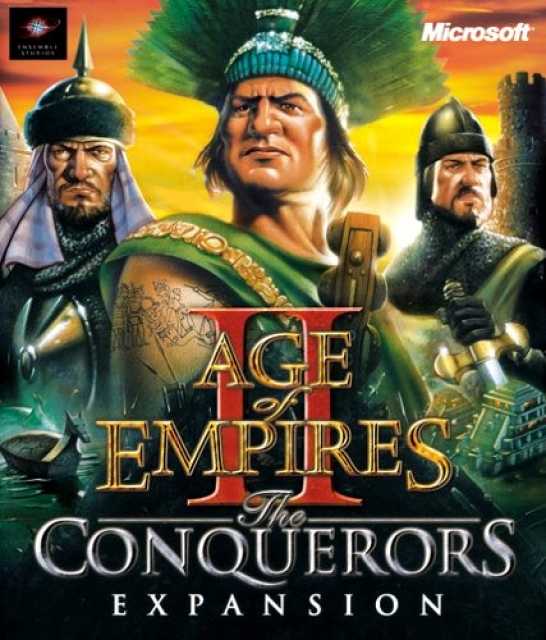