A dungeon crawler RPG with adventure game segments where the player can increase their relationship with other characters.
PlayStation 2 PlayStation 4

Kowloon High-School Chronicle, Kowloon Youma Gakuen Ki (九龍妖魔學園紀), is an adventure game developed by Shout! Design Works about a young man who has recently transferred to Kamiyoshi high school in Shinjuku, Tokyo. While he seems like an ordinary student, he is actually a treasure hunter on a mission to explore the ancient ruins that are hidden beneath the high school.

Published in Japan by Atlus, Kowloon Youma Gakuen Ki was initially released on September 16, 2004 for the PlayStation 2. While the game didn't sell well initially, over time the title garnered a strong fan following through positive word of mouth [1]. Eventually a "Recharge" edition of Kowloon was released in 2006 that added new characters and quests as well as a new epilogue that properly ended the game's story.

An enhanced port of the original game, not the Recharge version, was released for the Nintendo Switch on June 4, 2020 called Kowloon Youma Gakuen Ki: Origin of Adventure, which was developed by Arc System Works and Toybox. The Switch version features a remastered presentation with a new widescreen resolution for dungeons and newly recorded dialogue, making all the story segments fully voiced. This version of the game was later released in North America by Arc System Works as a digital-only title on February 4, 2021 under the name Kowloon High-School Chronicle and PQube released the title in Europe.

Kowloon shares a lot of similarities with Shout! Design Works' Tokyo Majin Gakuen franchise where the player can interact with other characters at his school and build a relationship with them during the game's adventure segments. During these sections the player uses an emotion input system to talk with other people where the player can choose which emotion they want to express rather than picking a specific dialogue choice like in similar titles. In-between Kowloon's adventure sections, the player will also explore the ruins beneath the school where they will need to solve puzzles, avoid traps and fight enemies while they look for treasure and discover methods to advance to the ruin's different floors. 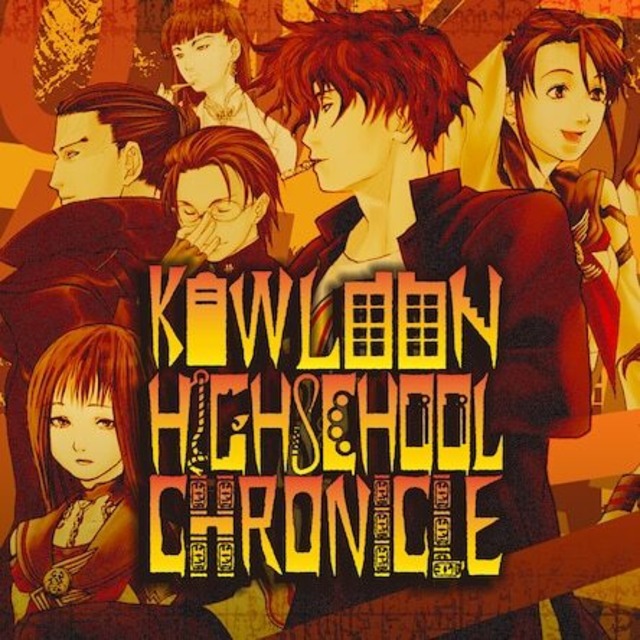