A role-playing game in which the player must gather a party of four warriors and battle the evil Lord Terarin. Originally released in 1986 for Japanese home computers, it was ported to the Master System in 1987 and translated into English.

Miracle Warriors: Seal of the Dark Lord is an RPG that debuted on Japanese home computers in 1986 and ported to the Famicom and Master System consoles the following year. The Master System version was localized into English and released internationally in 1988.

The game adopts the Wizardry model of GUI. The player has a small window with which to see the world from the perspective of the player's party of characters, while other parts of the screen are dedicated to the party's stats and a tactical overhead view, depending on the game version.

The story of Miracle Warriors takes place in the Five Lands. Long time ago, a young shepherd named Iason unknowingly opened the Pandora Passage. Through this passage the evil Lord Terarin and her horde of evil creatures were unleashed into the Five Lands.

As he grew older, he saw what kind of evil he had brought upon the Five Lands, and vowed that he would defeat Terarin and restore peace to his world. Iason trained with the White Monks, learning the ways of the King's sword, and the magical dangers of Terarin's horde. After a long and difficult battle Iason managed to defeat Terarin and reseal the Pandora Passage. Before he returned to his life as a shepherd, Iason made the prophecy that one day Terarin would return, and four brave warriors would awake to meet her evil challenge.

The game starts shortly after the second appearance from Terarin took place. After wandering through the Five Lands witnissing evil everywhere, the player character came to a castle where they learned of their destiny: The blood of Iason flows in their veins. So they set out on their quest to find three other warriors and defeat the evil Terarin.

Miracle Warriors is one of the first Japanese RPGs that made their way to Europe and America. Like many 8-bit RPGs, there is a considerable focus on grinding. The premise of Miracle Warriors is quite simple: The game begins with a single warrior with a name of the player's choosing, and the magical fairy Ica. She is in charge of all the messages which appear on screen.

On the upper left side the warrior and Ica are visible. There the player can also see which terrain they are currently in.

On the upper right side the player can see which square on the world map they are located. The game included a map so that the player could not get too lost.

Lastly, on the right side is a list of the party's possessions. From top to bottom they are:

At different points in the game, menus can be accessed with different options. When decisions need to be made, these menus appear automatically.

In the basic menu it is possible to heal the party, use items or feathers (used to warp back to the town the feather was bought in), save the game and view the party's status.

On the item screen the player can see how many of the items are currently in their possession. They are as follows:

The status screen can be accessed through the basic menu of the game.

It shows the Attack Strength (S) and Defense Strength (D) of the party, as well as the weapons and armor currently in use.

The number next to the item shows their condition. If it reaches zero, the item will break and has to be replaced. They can also be repaired by blacksmiths. Later in the game it is possible to find a blacksmith who travels alongside the party and will repair equipment automatically.

This menu will automatically be displayed when the player comes into contact with a friend or a foe. Note that it is possible to attack friends as well as foes, but killing friendly people will result in a severe decrease in Character Points, preventing the party from entering certain towns anymore. Experience points can only be gained through attacking. They are not obtained for winning the battle. The problem is that the player can only attack with one of their characters per round. This makes leveling up a rather tedious process.

There is also the option to retreat from the battle, although this is not always possible. It is possible to talk to the character, assuming he is friendly of course.

It is possible to use magical items against certain foes or try to cast a spell. The manual of the game explains, though, that Iason never used spells in combat... for a reason. So, don't. 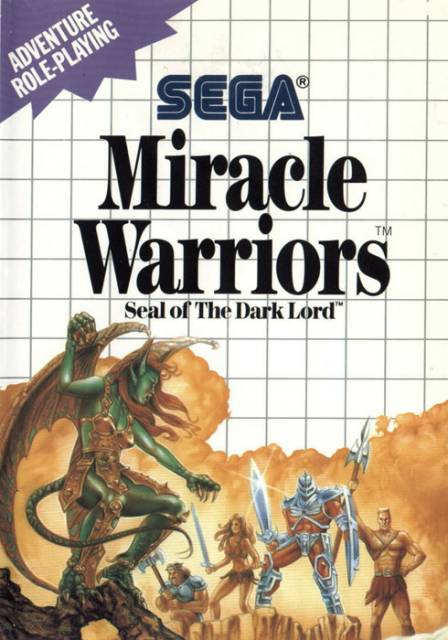