The first 'party game' for the Crash Bandicoot franchise and the last of Crash's outings on the PSOne.

Crash Bash is a party game made by Universal Interactive. This is the first Crash game not made by Naughty Dog and is made by Eurocom instead. This is the last Crash Bandicoot game to be released on the PlayStation.

In the far reaches of space, Aku Aku has gotten into an argument with his brother Uka Uka over which is the most powerful. Aku Aku decides to settle the matter by holding a contest. Aku Aku summons Crash and Coco Bandicoot; Uka Uka summons Cortex, Tiny Tiger, Koala Kong, Doctor Nitrus Brio, Rilla Roo, and Dingodile. But Uka Uka's team has too many players, so Aku Aku forces him to surrender 2 of his players, Uka Uka gives Tiny Tiger and Dingodile to Aku Aku. And so the games begin.

Players play minigames (similar to those found in the Mario Party franchise):

Crash Bash is capable of having 4 players playing on the same console at the same time using an adapter. 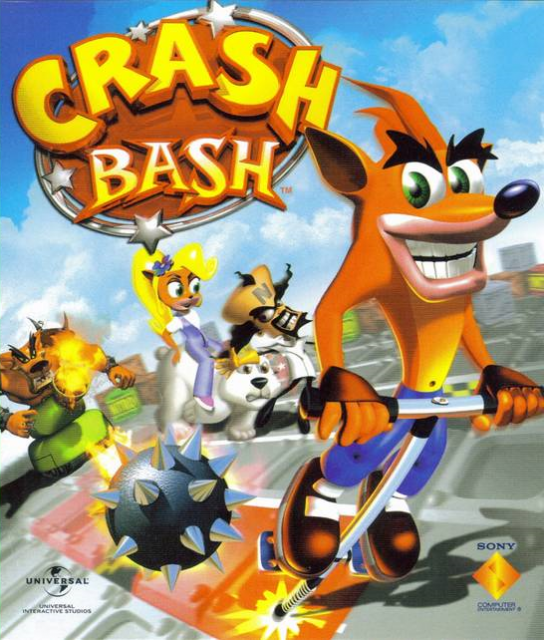