The King of Fighters: Neowave

The first King of Fighters game to be built on arcade hardware other than the Neo Geo is a remake of King of Fighters 2002, complete with a new button and three gameplay styles for a variety of new techniques and strategies.
PlayStation 2

The King of Fighters: Neowave is a 2D 3-on-3 fighting game developed by SNK Playmore and released by Sammy for arcades (running the Dreamcast-based Atomiswave hardware) on July 9, 2004.

The first out of SNK Playmore's five games released for the Atomiswave, Neowave is a remake of the ninth installment of the King of Fighters series (the non-canonical The King of Fighters 2002: Challenge to Ultimate Battle). It is the first in the series to feature a fifth button (which is used here to activate Heat Mode, a temporary limited-use strength boost that slowly depletes health) and the first to use higher-definition hand-drawn backgrounds. Like The King of Fighters '98: The Slugfest, the game brings back multiple Power Gauge styles (each with unique techniques, such as Super Cancels and unblockable Guard Break attacks).

The game was later ported to the PlayStation 2 and Xbox, featuring 3D backgrounds, online multiplayer (in all but the European PS2 version), and new hidden characters. Both versions were published by SNK Playmore themselves (other than the European PS2 version, which was published by Ignition), with the PS2 version released in both Japan (on July 2005) and Europe (on July 2006) and the Xbox version released in both Japan (on March 2006) and North America (on April 2006). The Xbox version is backwards compatible with the Xbox 360 and was released on the system's online storefront on October 23, 2017. On October 24, 2017, it was made backwards compatible with the Xbox One. Support for Xbox Live multiplayer was discontinued on April 15, 2010.

Although May Lee and the rest of the KOF '01 team (Angel and K9999) have been removed due to licensing issues with Eolith (as these characters made their debut in The King of Fighters 2001), all of these characters appear unused in the game's data (with Angel and May Lee returning in the PS2 version as hidden fighters). 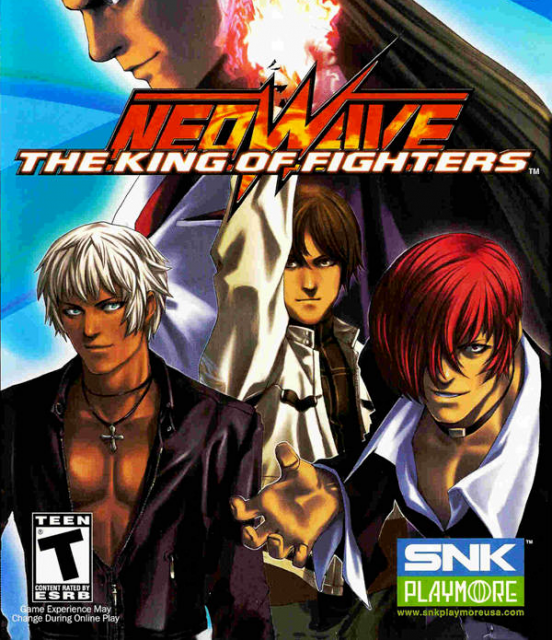