An Arcade platformer that was one of two launch games for the Sega Master System in Japan along with motorcycle racer Hang-On. The Japanese title, Teddy Boy Blues, refers to a song of the same name.

Teddy Boy Blues was originally an 1985 Arcade platformer that was later ported to the Sega Master System (which was still then known as the Sega-1000 Mark III) and became one of its launch titles when the system was released in Japan in October the same year. A Sega Genesis version was released only in Japan on Sega MegaNet and in compilations. The title comes from a song released in 1985 entitled Teddy Boy Blues and was performed by Yohko Ishino.

When the game was localized to the US and Europe, the title was changed to simply Teddy Boy.

Another connection occurred in the Sega Master System port of the 1986 arcade game Quartet (also known as Double Target). A hidden screen within the game contains Mary, one of the game's heroes, as well as Opa Opa from Fantasy Zone, the main character from Pit Pot, Alex Kidd and Teddy Boy. 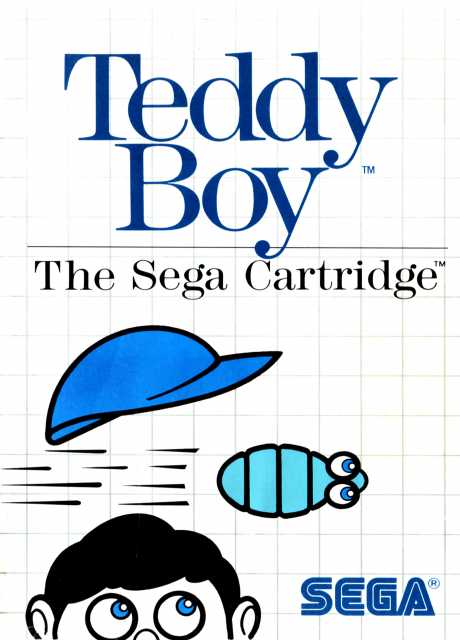