Freaky Flyers is a mascot-style racing game that puts characters into tiny, cartoonish planes with power-ups that can help turn the tide of a race.
PlayStation 2

Freaky Flyers is a plane racing/action game released on August 5, 2003, and was developed by Midway San Diego for Xbox and PlayStation 2 while the GameCube version was developed by Point of View, Inc. and published by Midway Games.  The game has many comical characters such as Myrna Bookbottom, Margaret Basher,  Johnny Turbine, Traci Torpedoes, Pauli Atchi, Cactus Rose, Mick Bungadoo and Island Jack.

There are various modes in Freaky Flyers.  Adventure Mode follows many various characters, and develops the character's story as missions and challenges are completed.  Racing Mode is one of the two multiplayer options in the game, and, being designed for "humor", Freaky Flyers has many tracks that have literally impossible missions and challenges.  Dog Fight is the dueling mode, and only for two players.  You must shoot your opponent out of the air before he does the same to you.  Freaky Flyers includes various mini-games, such as shooting "amigos" in the desert or rescuing NPC's 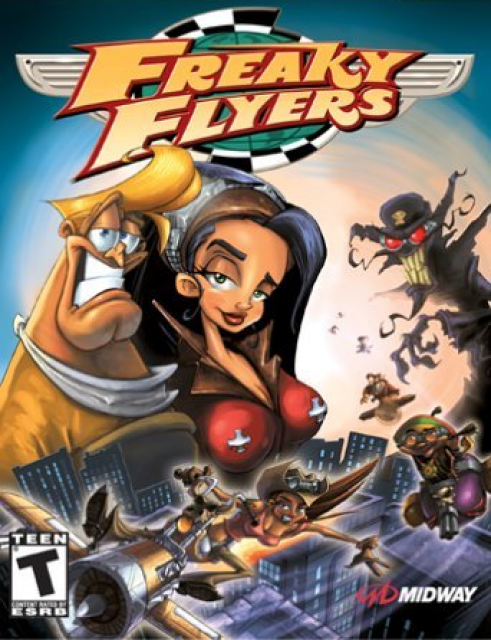