A football game developed for the Genesis using EA's Madden engine. This was the beginning of the rivalry between Sega and EA's football games.

Joe Montana Football was Sega's first attempt to make a sports game on the Genesis console. Joe Montana was paid to use his likeness in the game. Sega did not have the rights from the NFL though, so there were no actual NFL teams in the games. Instead, teams were generic teams named after cities, and Joe Montana is the only actual NFL player in the game.

Sega Bowl: Play 4 teams consecutively, each team tougher than the last, win all four to win the championship.

2 Minute Drill: The player's team starts the game losing and on their own 20-yard line, and there are only two minutes left in the game. The player must come back from behind to win.

Offense: On offense the player controls the quarterback, and there is a helmet cam to show where the receiver is when it is a pass play. The player can switch between receivers. When they have the ball they can dive or lower the quarterback's head to try to break tackles.

Defense: On defense the player has the ability to deliver a "bone-crushing" tackle that can injure the player with the ball or make them fumble.

Penalties: Some penalties are called in this game: Offsides (being on the wrong side of the ball before the snap), Pass Interference (hitting a receiver before the ball gets to him), Delay of Game (failing to start an offensive play before the play clock expires). Penalties can be turned off and this means that they won't be called (Offsides will stop the play, but yards won't be lost).

Teams are divided into four categories: Top-Notch, Strong, Good, and fair. There were 4 team in each category. Better teams are faster and can throw and kick farther. There is no difficulty setting in this game, so playing as a weaker team is the only way to increase the challenge.

Each team has an analysis and hints on beating them before the game, this was known as Joe's Game Plan.

San Francisco (NFL counterpart- San Francisco 49ers): "So you want to take on my teammates and me. Well, you will have to throw the ball deep to beat us...and shut me down in the 4th quarter."

New York (NFL counterpart- New York Giants): "The defense is the core of this team. Their linebackers are relentless, but you can win with short passes. The QB is a consistent winner, and their halfback is a real workhorse."

Los Angeles (NFL counterpart- Los Angeles Raiders): "Offensively, this team possesses the most explosive backfield in the league. The defense tends to over-commit, so establish your running game. But hold onto the ball-- you're going to get hit hard."

Buffalo (NFL counterpart- Buffalo Bills): "You'll be able to pass deep on the cornerbacks, but watch out for their all-pro linebackers on the short ones. The QB has a cannon arm, and the receivers are always a threat for the long bomb."

Miami (NFL counterpart- Miami Dolphins): "This team's all around solid defense is stingy on the points, but they can be beat with passes underneath the secondary. The QB has a quick release, and his receivers can burn, so you'll need to play good pass defense."

Chicago (NFL counterpart- Chicago Bears): "Set them up with the running game, then go deep over the middle, but be prepared to take some big hits. Their powerful offensive line will create big holes for their speedy halfback, so play tight defense."

Washington (NFL counterpart- Washington Redskins): "You can take advantage of their swarming defense by calling misdirection and play action plays. Their trio of receivers is the best in the league, so get to the QB early."

Kansas City (NFL counterpart- Kansas City Chiefs): "Keep the ball away from their all-pro defensive secondary by establishing your running game. Get ready to face a consistent QB, supported by a powerful runner. Great kicking game."

Houston (NFL counterpart- Houston Oilers): "Watch out for the right side pass rush, and the quick secondary. The QB heads a high powered offensive attack. Take advantage of weak linebackers with flare passes."

Philadelphia (NFL counterpart- Philadelphia Eagles): "These guys are slow up front on defense, so run around the ends, and pass to the corners. The QB is a real scrambler so make sure not to over-commit on the pass rush."

Cincinnati (NFL counterpart- Cincinnati Bengals): "This team can be beat with crisp short passes and runs up the middle. On offense, the QB is a real fighter. He gets good protection, and his running backs are quick and powerful."

Atlanta (NFL counterpart- Atlanta Falcons): "They have a big pass rush, so you won't have much time to throw the ball. Watch out for their cornerbacks who have pure speed. You won't them deep, so throw the short stuff."

Detroit (NFL counterpart- Detroit Lions): "They've got a running back who can fly, but their passing attack is weak. To beat this team, run around the ends, and pick apart their secondary with short passes."

Cleveland (NFL counterpart- Cleveland Browns): "Tough up the middle, so get the ball into the secondary for big plays. The QB is smart and is a good leader, and the receivers have good hands."

Denver (NFL counterpart- Denver Broncos): "Run right up the middle on these guys. The defense is weak and will give up a lot of points, but watch out for the hard-hitting secondary. Offensively, the QB can sting you with the long bomb."

Tampa Bay (NFL counterpart- Tampa Bay Buccaneers): "Attack the right side of the defense with long passes. Stay away from the left side linebacker. Their veteran QB throws accurate passes to talented receivers. 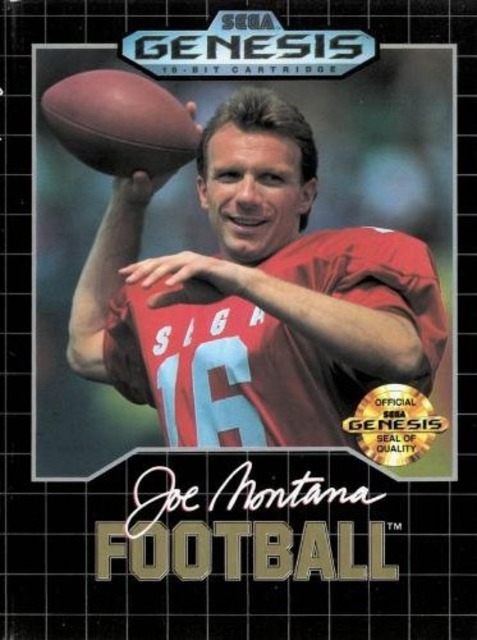