A kart racer for the Jaguar starring a number of old Atari characters like Bentley Bear from Crystal Castles.

Atari Karts is a kart racing game released for the Atari Jaguar in December 1995. The game was very similar to Super Mario Kart, but not nearly as popular. Like Mario Kart players can pick up items to help them in the race. Unlike Mario Kart however most of these items just improve speed or steering (one messes up the opponent's steering but that is the only offensive item in the game).

A lesser claim to fame is the fact that this game had the second, and last, appearance of the character Bentley Bear, the hero from the game Crystal Castles. The game initially has seven racers to choose between, but the game also has four unlockable "boss" characters that the player must beat before they become accessible. As with Diddy Kong Racing, Atari Karts's unlockable characters are better options than the defaults. 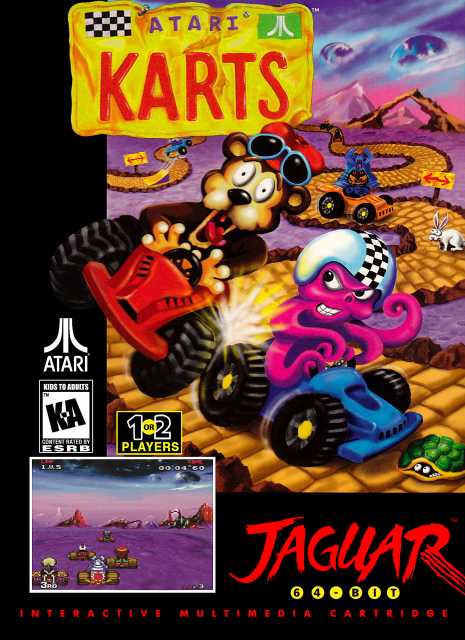