A fantasy RPG for the Super Famicom. Notable for allowing up to five party members in combat and breaks the usual 9999 limit for health. Never released outside of Japan, but fan translations exist.

Kouryuu Densetsu Villgust: Kieta Shoujo ("Radiant/Armed Dragon Legend Villgust: Missing Girl") is a Super Famicom RPG from Winkysoft. The player is a regular schoolkid from modern Japan who has to rescue his girlfriend from a parallel fantasy universe named Villgust. He quickly encounters and befriends several warriors who are part of R.A.G.E. (Resistance Against the God of Evil) who are attempting to take back their world from evil forces.

The game was followed up with a spin-off for the Famicom: Kouryuu Densetsu Villgust: Gaiden. It was also adapted into a pair of anime OVAs that came out several months after the game's release. 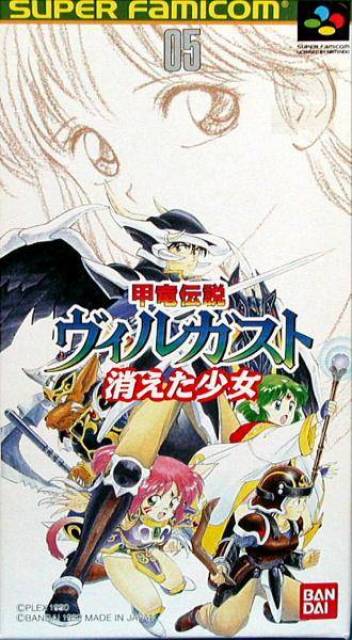