Not to be confused with v-Tetris, 3D Tetris involves filling levels of a 3 dimensional well with shapes.

3D Tetris was the last official game released for the Virtual Boy on March 22nd 1996. The game was developed by T&E Soft and was exclusive to the United States after the Japanese release, which was scheduled for a February 1996 release, was cancelled due to a lack of interest in the Virtual Boy system.

3D Tetris requires the player to completely fill a 3d well with shapes that can be moved in a 2D plane and rotated on a 3D plane using the left and right gamepads respectively. Every time a piece of a shape extends beyond the well, that piece is destroyed along with bottom most level of the well. The game is lost when all levels of the well are destroyed. 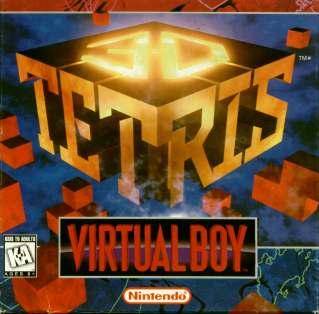