Command & Conquer 3 reintroduces the world to the ongoing struggle between GDI and the Brotherhood of NOD, but this time an alien force known as the Scrin is getting involved, too.

Command & Conquer 3: Tiberium Wars tells the third chapter of Earth's Tiberium-laden history, of the transcendence of the seemingly ageless Kane, the supposed final victory of the GDI over the Brotherhood of NOD, and the invasion of the Scrin, an alien race of incredible destructive power with technology that's built from Tiberium itself. For this game and its expansions, EALA has brought together an eclectic cast of character actors to comprise the roles of GDI and NOD forces, as well as Joseph D. Kucan to reprise the role of the enigmatic and immortal Kane.

Viewed in a default isometric point of view, Command & Conquer 3 puts you in the role of a field commander of whichever faction you choose. You're given complete strategic command over the battlefield, and are tasked with the job of destroying the enemy through the collection of resources, which are used to increase the number of forces you have at your disposal and the size and capabilities of your base, which unlocks special abilities, advanced units, and super weapons. Built around the SAGE engine, C&C3 plays much like it's predecessor, C&C: Generals, and features a robust construction menu system, allowing the user to queue up a large number of buildings and units to quickly create a powerful attack force. Additionally, you'll need to protect your base with a range of defensive structures, such as turrets and missile launchers..

Commander & Conquer 3 is unique among the C&C games for introducing a third faction, the Scrin. Between the three races to choose from, the game offers a wide range of tactical gameplay choices in the game's skirmish and multiplayer modes. The GDI is a juggernaut, with powerful ballistic units but limited mobility. NOD's technology is highly advanced but focused on stealth, featuring fantastically powerful defensive structures but relatively weak offensive units. The Scrin is a mixture of both, with incredibly powerful air units, weak ground units, and a single, powerful defensive structure. This inclusion of the third race represents the greatest change to the C&C franchise since the days of C&C2, and was generally well received by fans.

The part of Kane has been played by Joe Kucan for 14 years. This makes him the longest running actor in a video game role according to Guinness World Records. The character of Kane is the charismatic leader of the terrorist organization known as the Brotherhood of Nod in the Command & Conquer games. He was believed to have died on multiple occasions, but apparently survived every time. In the original teaser trailer for Command & Conquer 3: Tiberium Wars, he claims: "You can't kill the messiah."

Some theorists believe that Kane could be, or at least reference "Cain" from the Bible. In the Christian and Jewish beliefs, Cain killed his brother, Abel, and was doomed to wander the earth (Presumably forever). He settled the land of "Nod". Adam & Eve's third son, born after Abel's death, was named "Seth". Kane's second-in-command in the original Command & Conquer was also named Seth. Kane never appears to age throughout the entire Command & Conquer series, which spans over 50 years, leading some to believe that Kane could possibly be the biblical "Cain", still wandering the earth. Of course, this is entirely speculation, and none of it has been confirmed by the game's creators. 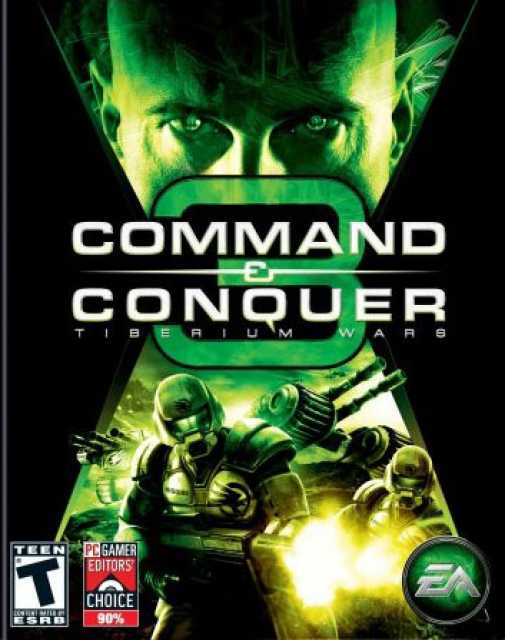