A Legend of Zelda inspired game in which the player guides a character who converts non-believers, fights demons, and ultimately goes up against Satan himself.

Spiritual Warfare was originally released for the NES as an unlicensed game (without Nintendo's official approval) in 1992, and was later ported to the PC, Genesis, and Game Boy. The game takes a lot of inspiration from Legend of Zelda.

Players control a Christian man who travels through the game world converting non-believers and fighting demons. At the end of the game, players fight Satan.

Spiritual Warfare is a Legend of Zelda clone with nearly every item resembling an item from that game. The main character, known only as 'Christian', mainly travels around the game-world conventing non-believers and trying to find new items to help him unlock new areas in the game-world, much like the original Zelda game. Most items in the game also closely resembled items in a Zelda game. For example: The 'Master Sword' was replaced with the 'Sword' of the Spirit' and the 'bombs' in Zelda were replaced with 'Vials of God's Wrath'. Also resembling Zelda, nearly every level ends with a boss encounter at the end of which the player is rewarded with a piece of the Armor of God which will let him access a new area of the game.( For example, the Belt of Truth let's him move rocks, including the rocks blocking the path between the Park and the Downtown.

The soundtrack in the game consists of an instrumental version of the hymn "What a Friend We Have In Jesus" being continuously looped in the background. 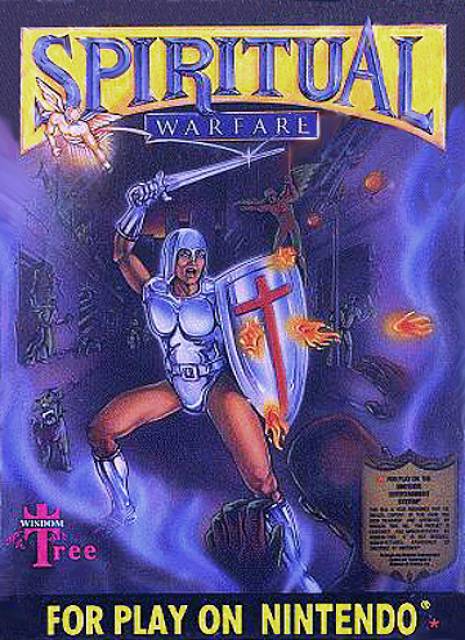