Kinetica is a futuristic racing game where people wear motorcycle like suits in which they race.
PlayStation 2

Kinetica is a racing game set in the distant future, where racers compete on both Earth and distant worlds while wearing Kinetic Suits. These Kinetic Suits have wheels on the hands and feet, which racers can bring together in one wheel, or break apart in order to do aerial tricks. The Kinetic Suits are also capable of scaling walls and ceilings, allowing for some courses with varying elevations and orientations.

Kinetica was the first game to use SCE Studio Santa Monica's Kinetica engine, which went on to power such PS2 titles as Twisted Metal: Black, WipeOut Fusion, SOCOM, God of War, Jak and Daxter: The Precursor Legacy, Ratchet and Clank, and Sly Cooper and the Thievius Raccoonus. 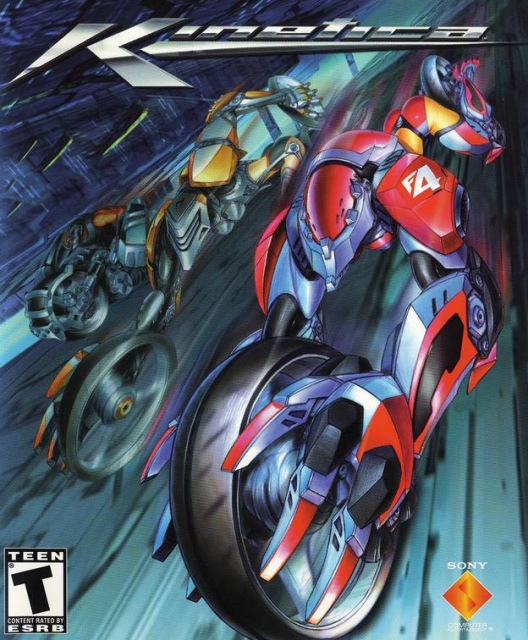