Omikron: The Nomad Soul is an action-adventure game developed by Quantic Dream, in which players take control of many characters to uncover the mystery behind Omikron.

Omikron: The Nomad Soul an adventure game developed by Quantic Dream and published by Eidos Interactive. The was released in North America, November 1, 1999 on PC and June 22, 2000 on Dreamcast.

Players take control of 'The Nomad Soul', a gamer that is asked to enter another dimension to the city of Omikron through the body of Kay'll 669, an Omikronian police officer, to work on a murder case that he has been stopped from investigating. Omikron is a futuristic city, with an overly oppressive government that is controlled by a supercomputer. The city is split up into five different regions, each heavily monitored. The city is a limited open-world, and you can travel around using the 'Slider' transportation system in Omikron.

Omikron: The Nomad Soul's plot can twist and turn many ways throughout the story, with some minor dialog choices with seemingly irrelevant NPCs, having a huge impact on the outcome of the overall experience. As players continue through the game, they may take control of up to 41 different characters in Omikron and every death results in reincarnating as a different character, resetting all inventory items and stats.

The basic gameplay is that of an action/adventure game, but at certain plot points or in some situations the game will use mechanics often seen in puzzle games, fighting games and first-person shooters. 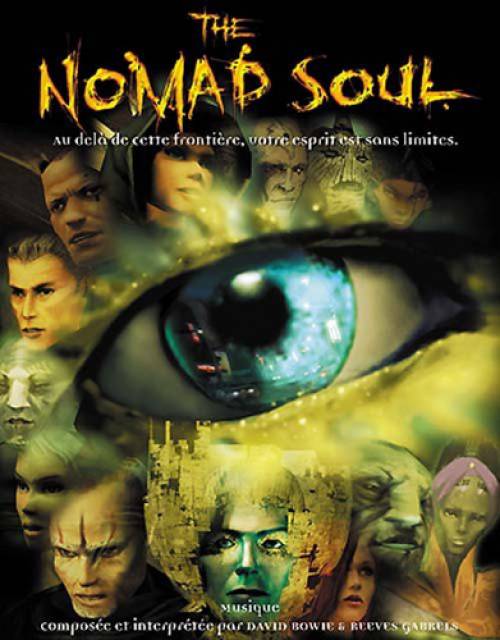