Originally developed by Dan Gorlin of Brøderbund, Choplifter!, which claims to be the computer! game of the year, focuses on the simple mechanics of avoiding fire while ferrying hostages from their capture bunkers to a home base.

Choplifter is a side-scrolling action game in which the player controls a helicopter that must elude the various enemy military forces trying to shoot it down while rescuing prisoners. It debuted on the Apple-II home computer in 1982 before being ported or adapted for a number of other home computers and consoles throughout the 1980s. It also saw multiple sequels.

One of the earliest video games to have an exclaimed! title. While the original game and early licensed ports of Choplifter! have an exclamation point on the box art and/or title screen, later ports (notably Sega's) omitted it and subsequent games in the series followed suit. 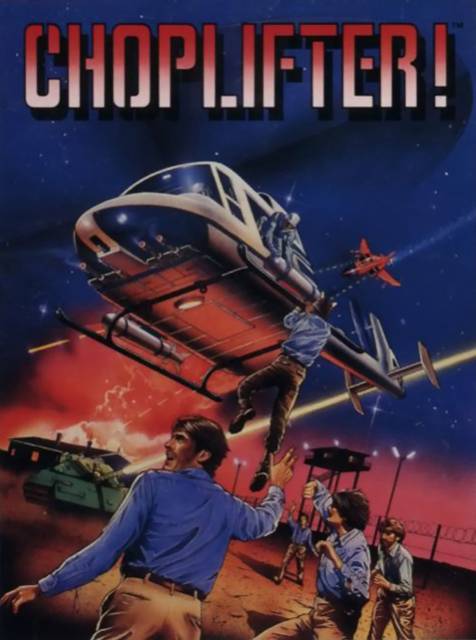