Battle pigs using time and garbage as your main weapons.

'Blinx: the Time Sweeper' was one of Microsoft's very first attempts to create a mascot for their system. The game featured you playing as the titular cat, who was armed with a vacuum cleaner-like device he could use to suck up garbage and throw it back at enemies. In addition, Blinx had the power of time on his side; by collecting a certain number of time icons (which look like buttons on a VCR) he could activate certain time powers. Each icon represented one time power and each item must be picked up consecutively without picking up another time power in order for it to work.

The game received mixed reviews from critics, though it was successful enough to support a 2004 sequel. 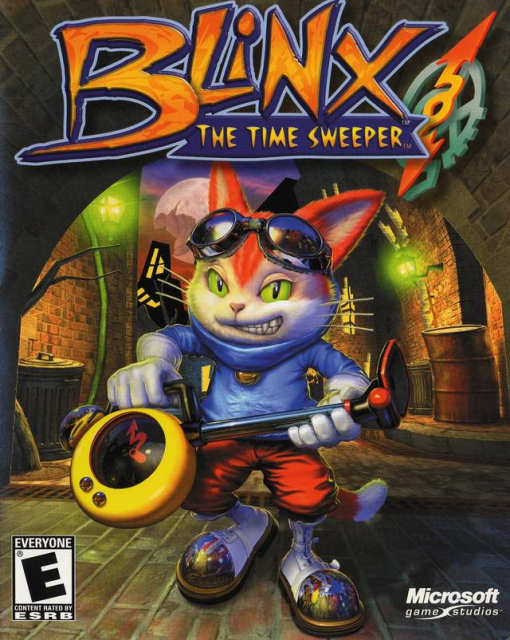