The first installment in the popular SSX franchise and the first game by the now well-known EA Sports Big. SSX took the success of other snowboarding games such as Cool Boarders and released it in a new and refreshing approach that, combined with its release on PS2 launch and superb use of the new system's graphical capabilities, helped it sell incredibly well. SSX put a new spin on extreme sports game by making an already extreme sport even more...extreme. Hundred-foot drops and tricks that require the boarder to take his feet out of the clamps on the board are instant crowd pleasers. Not for the faint of heart.

SSX is an exaggerated take on the snowboarding genre. Players can choose one of eight characters, all with their own boarding styles and statistics. Players can also choose a variety of tracks packed with ramps, jumps, and rails. These objects, as well as the games' exaggerated tricks, help the player gain boost. Boost can be used to increase speed drastically for a short time, similar to racing games. The tricks the player can pull off range from realistic to ridiculous.

Completing events earns medals, which are used to unlock new characters, boards, courses, and improved abilities for the characters. Characters also have a "trick book" which lists several specific tricks to do while playing. Completing these trick books unlock character costumes. Boarders can opt to choose one of three types of snowboards, all with their own specialties.. They include the all-around "BX" board, trick oriented "Freestyle" board, and the racing board "Alpine." Along with race and competition, SSX includes practice and freeride modes.

The many courses of SSX take place across the world. 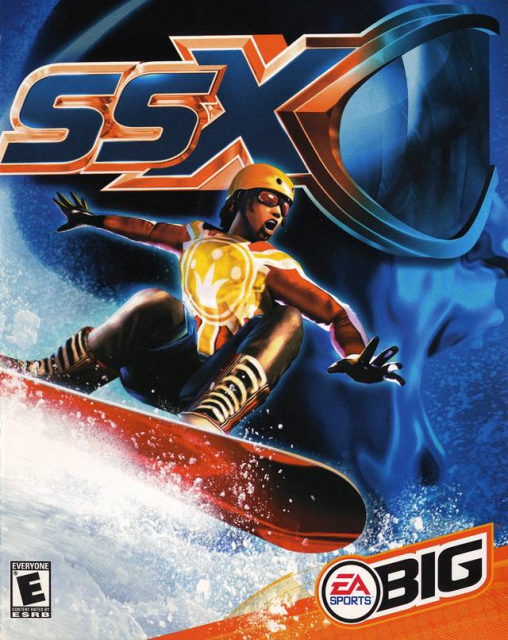