One of the most well-received games on the Neo Geo Pocket Color, Sonic the Hedgehog: Pocket Adventure is a traditional Sonic game, complete with Chaos Emeralds, Dr. Robotnik, and even a multiplayer mode.

Sonic the Hedgehog: Pocket Adventure has the same traditional gameplay that most other Sonic games have. The gameplay is similar to that of the original three Sonic games, but the art style is more representative of the Sonic Advance games. During the game, there are several zones that the player must navigate (each with a boss).

Sonic the Hedgehog: Pocket Adventure also has a multiplayer mode for up to two players. Each player must have a Neo Geo Pocket Color, a copy of the game, as well as a link cable. The multiplayer game is known as Duel Mode, with two different modes: Sonic Rush and Get the Rings. Sonic Rush has the two players racing to the end of a level, while Get the Rings has the players trying to get an amount of rings. The second player gets to play as Tails, which is unique, as Sonic is the only playable character in the single-player game. 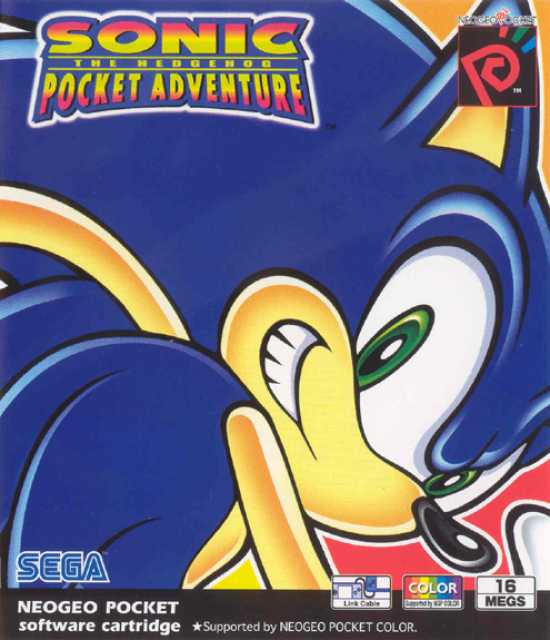