A Japanese roleplaying game published for the NES in 1990.

Based on the Bikkuriman anime series, the game follows a young hero named Yamato Ouji as he attempts to re-unite his world which has since been split in two after a great war between angels and demons. Gameplay is standard for the era, featuring random encounters, villages, boss battles, a world map and dungeons. Combat is also viewed from a first-person perspective and allows for multiple characters to be in the player's party. 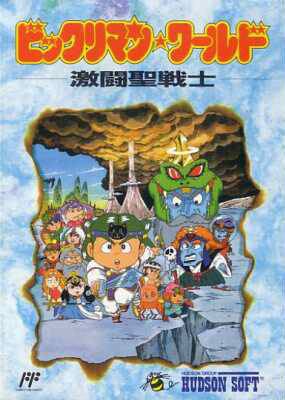