Transylvania III: Vanquish the Night is the third and final chapter in the Transylvania series of graphical text adventures. The latest version of the Comprehend parsing engine (Comprehend Plus) combines Infocom-style full sentence parsing with Polarware's graphical representations of the current area for an immersive experienced described by Polarware as an "Interactive Graphical Novel".

Packaged with the game, an item guide/novella, and phrasebook outlining several key Slavarian (the in-game Lingua Franca) words and phrases. Transylvania III takes place immediately after the events of The Crimson Crown. After returning the crown to prince Erik, who, with princess Sabrina accompanied the player during The Crimson Crown, has been swept up by a tidal wave while returning home.

The antagonist of the series, Drakul (now Chancellor Drakul) has destroyed Slavaria trying to re-aquire the Crimson Crown. The player must solve puzzles to locate the crown, defeat monsters, and finally, permanently defeat Drakul. Like prior games, there is a strict move limit (moves indicate the passage of time). After a finite number of moves (complex commands are parsed as multiple moves) the game will abruptly end.

The game features musical scoring and digitized voicework, a first in the series.

The success of the Transylvania series would inspire other Polarware "Comprehend Interactive Novels", and informed the mouse-oriented "point and click" adventure games, and SCUMM engine games would dominate adventure gaming in the early-mid nineties. 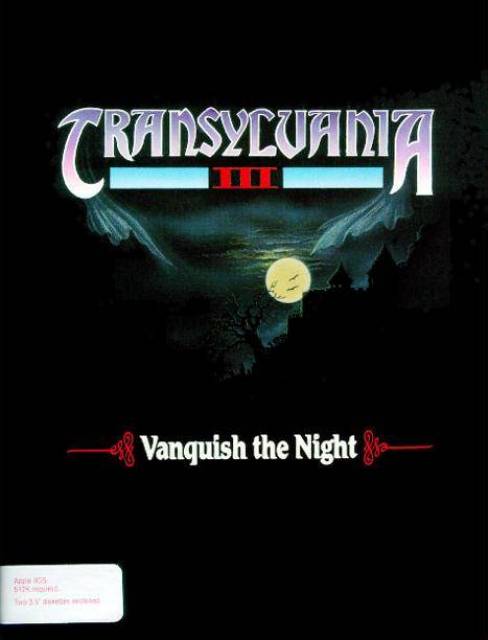