The original version of Bomberman contained the basic single-player gameplay that the series was known for in its early years, but didn't contain any multiplayer component.

Bomberman is a maze-based arcade game, developed by Hudson Soft. The first in the Bomberman series, it unfortunately didn't contain any multiplayer. At the time it was well-received and today it is considered as a genre-defining video game. There has since been countless iterations on its blueprint and huge multiplayer communities around them.

Bomberman is a robot working at a bomb factory who gets bored of making bombs. He hears a rumor that anyone that makes it out from the underground factory gets a wish. Bomberman, desperate to escape, sets out on a journey to the surface. The only thing standing in his way is the factory security guards who will do anything to stop him. Spoiler alert: Bomberman will turn into Runner when he reaches the surface.

European versions were released under the names "Eric and the Floaters" (MSX/Spectrum) and Dyna Blaster (Amiga, Atari ST, and PC) 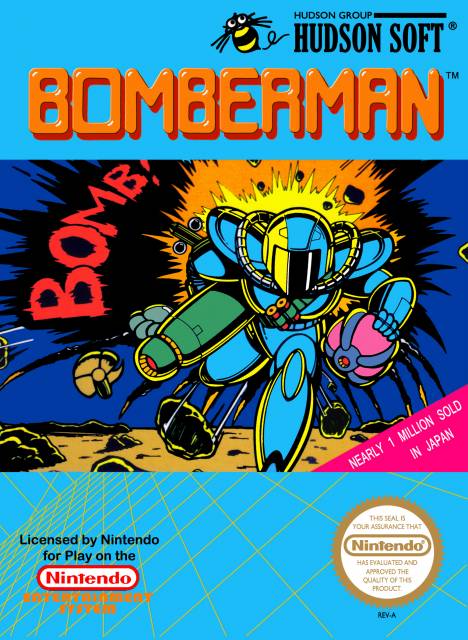