Damnation is a steampunk themed shooter that features vertical gameplay as one of its core elements.
Xbox 360 PlayStation 3

The game's main selling point is its large and open environments where the player can jump, wall jump, and shimmy or crawl around. They can accomplish acrobatic stunts akin to the Prince of Persia games as they navigate the levels, and can grab hold of several different ledges or dive through windows without the necessity of standing on a context-sensitive spot. Also there are areas in the game where you can ride steam-cycles on the ground and on some walls, running over evil PSI troops as you go.

Rourke gains the ability to use Spirit Vision during the game, this allows the character to locate all the enemies in the area. The player will have to remain still while using Spirit vision making them an easy target.

The AI makes most enemies run straight into your line of fire, and they will often hit you. However, you have the power of regenerating health on your side if you wait long enough without taking fire.

Rourke can hold 3 weapons on him at a time and trip mines. The assortment of weapons Rourke can equip are:

The game is set on an alternate timeline in the very early part of the 20th century. In this alternate reality, steam-power has overtaken combustible fuels as the power source of choice, and steam-powered robots were developed for use on both sides of the war by the evil Prescott, CEO and founder of the evil corporation Prescott Standard Industries. After making enough money selling weapons and steam-powered vehicles to both sides across the American Sovereignty, Prescott has decided instead to create a "New America" with himself as the ruler, crushing anyone who opposes him.

You play as Hamilton Rourke, a tough and gritty ex-Union soldier who apparently quit the army some time after his wife went missing. However, he was dragged out of retirement by Yakecan, a Native American girl and Professor Winslow, an expert on steam technology who have joined the resistance forces against PSI. In the beginning of the game, they try to stall the advance of one platoon of PSI's "New American" forces, hoping that the leader of Terra Verte will back them up. Unfortunately, the only backup that arrives from Terra Verte is the Governor's son, Ramon Zagato, as the Governor himself decided that Terra Verte itself would remain neutral in the war. The resistance forces blow up the bridge, but PSI simply lays down a new one. On top of that, a strange ninja kidnaps the Professor, forcing the resistance to retreat aboard their airship.

They seek help from Yakecan's brother, a shaman named Akahando who shares with Rourke his gift of foresight (which only works if you stand still and you can't use weapons in the game, don't ask) and directs them to a mine where PSI has been collecting the raw materials to make the greenish Serum that PSI has been using to strengthen its own army. Somewhere near that mine, the Professor is being held where two girls named Jack and Selina decide to watch over him. The resistance forces (consisting entirely of Hamilton, Yakecan and Ramon) fight their way through PSI and drive around on steam-powered bikes until they reach the Professor's hiding spot. They also discover that Jack is his daughter and she was dosing herself with Serum.

After escaping the mine with their airship, Professor Winslow repairs Jack's arm while the resistance plans to stop PSI before they raze Terra Verte into rubble, but Jack escapes and the other girl named Selina fires on the resistance as they try to pursue her. Also, Prescott captures Akahando somehow and demands that he share his power of foresight with him or he will take it. After sabotaging some PSI artillery, Hamilton finds himself fighting against Selina and is saved at the last moment by Jack, but Selina escapes.

Hamilton pursues Selina into a ruined city where he is attack by the mysterious ninja from before, but it turns out the ninja all along was Hamilton's wife Dayden, who had been tortured and injected with Serum. Hamilton reluctantly ends her life when PSI forces march into Terra Verte and conquer the land anyways.

Eventually, the resistance forces manage to trap the PSI troopers by drowning them in seawater using Terra Verte's irrigation system against them, including Selina. Then the resistance decides that the only way to end the fight is to take it to Prescott himself and kill him.

The game features 4 online multiplayer modes including deathmatch, team deathmatch, king of the hill and capture the flag. The developers claim that capture the flag mode has been made more interesting, as the path to get to the flag will be a little different that the path you take to return the flag to your own base.

These game modes require the players to scale the vertical levels to gain advantage over their opponents as well as capturing objectives in certain game modes such as King of the Hill and Capture the Flag.

Each multiplayer mode can host up to 8 different players.

The game features 8 different maps which are:

The original concept for the game was created as a mod for Unreal Tournament 2004, as part of Epic Games 'Make Something Unreal' contest and came in 2nd place in the 'Best Total Conversion' category. The development team behind the game, Blue Omega, decided to make it into a stand-alone game using the Unreal engine in an attempt to have decent graphics and ragdoll physics that bring out the darker aesthetic of the story. 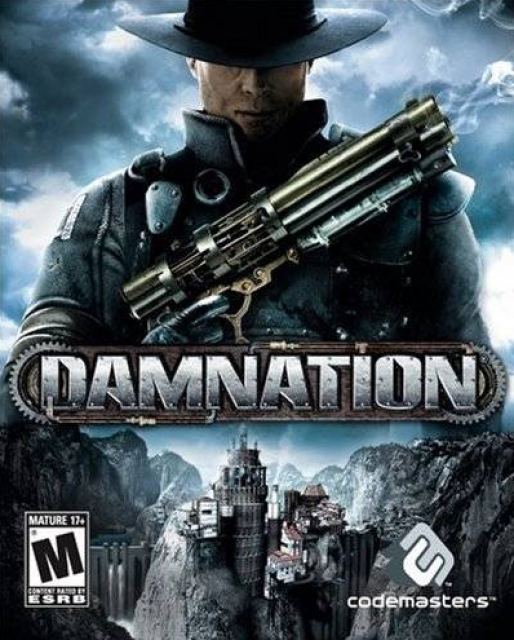