A standalone expansion pack to Crysis, Warhead's campaign follows Sergeant Michael 'Psycho' Sykes, as he faces his own trials and challenges on the other side of the island, parallel to the events of the first game.

Crysis: Warhead tells the same story Crysis did, but from a different point of view. Crysis was about a squad of Nanosuit-equipped special forces operators, Raptor Team, sent in to Lingshen Island, to rescue a team of American archaeologists who were captured by North Korean soldiers. Raptor Team was successful in making contact with the archaeologists, only to discover that during their excavation, they had uncovered an alien starship, dormant for thousands of years while buried in the earth. Uncovering it activated a chain reaction that reawakened the aliens, who quickly spread out from the ship and began a hostile invasion of the planet Earth.

Warhead's storyline begins shortly before the protagonist from the original game, Nomad, discovers the alien threat. While Nomad was closing in on the digsite, his squadmate Psycho had been on a secret mission of his own on the opposite side of the island. In Warhead, players take control of Psycho and experience this mission: Psycho has been ordered to steal a cargo container, believed to contain a nuclear warhead, from the North Koreans.

Warhead uses a more optimized version of CryEngine2 - the same engine that powered Crysis. CryTek's primary aim was make the game more accessible to the general audience, while slightly improving the visual fidelity. Warhead's load times are also slightly shorter than the original. Following Warhead, a CryEngine2 SDK was released in 2009.

Several gameplay changes were made for Warhead:

Crysis has specifically stated that the core CryEngine 2 is undergoing many changes most of which will enable Crysis Warhead to perform better on all systems and to have lower minimum system requirements as well as being optimized to all PC hardware. One of the notable changes is that Warhead will have more number of enemies on screen for a lesser frame-rate hit than the original. It has been pointed out that this may simply be a smokescreen for the fact that while the gear required to play Crysis was considered bleeding-edge at the time of its release, the same technology was fairly mainstream by the time Crysis: Warhead came out.

The developers have also added three predetermined graphics levels -- Mainstream, Gamer, and Enthusiast -- which will help gamers to run the game on a variety of systems right off the bat without optimizing or changing specific settings. Though the developers have also specifically stated that Enthusiast may not provide the highest level of visual detail possible in the game.

Enemy AI has also been greatly improved to suit the playing style of Psycho as well as to provide a better experience overall in general. The developers have stated in many interviews that, whereas in Crysis sometimes enemies might pause for a moment once the player appears in view, the AI in Warhead will be more tighter with enemies flanking and taking out the player quickly and effectively.

Note: for more info on these weapons, refer to the Crysis wiki page.

Electronic Arts has announced plans to market PCs branded with the Crysis name, in order to coincide with the release of Crysis: Warhead. The purpose of the PCs will be to get people who don't usually use their PCs to game to buy the PCs simply so they can run the game. The PCs will be priced between $600-$800, depending on how well you want the game to run. UltraPC are the company that manufacture the Crysis PC.

The Specs of the PC are as follows: 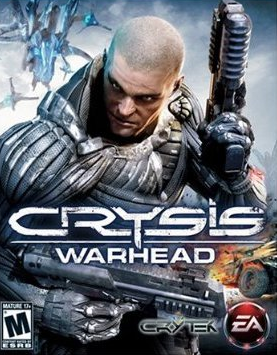