Black Sigil: Blade of the Exiled

Black Sigil: Blade of the Exiled, formerly known as Project Exile, is a console-styled RPG for Nintendo DS by independent Canadian developer Studio Archcraft, and is scheduled to be published in North America on June 9th, 2009 by Graffiti Entertainment, with localizations for Europe and Japan planned later down the line. It aims to recapture the magic of the SNES-era RPGs and borrows a lot from Chrono Trigger in particular in both its graphical style and battle system. The game was originally planned for Game Boy Advance and was still known as Project Exile during this time; however, as the game was nearing completion in 2006, the GBA was on its way out, and development was shifted to the DS.

Black Sigil's battle system borrows a lot from Chrono Trigger's "Active Time Battle 2.0" battle system, but builds upon it as well. The developers have dubbed Black Sigil's battle system "Active-Time Tactical Combat" due to its incorporation of elements from tactical turn-based games. While most traditional RPGs don't take party positioning into account, Black Sigil does, and the player is even able to move their characters around manually so they can line up their attacks just right. This something that wasn't possible in Chrono Trigger, and the player simply had to wait till the enemies moved into the right position if they wanted to get the most out of their area attacks. 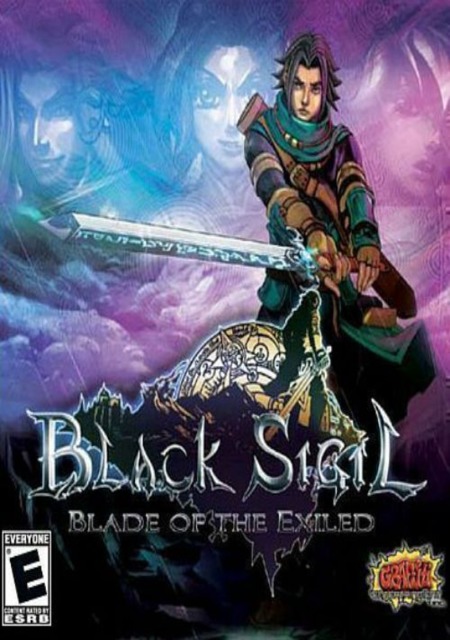