Like the title suggests, Moon takes place on the moon where explorers discover a hatch that leads them to a startling discovery.
Nintendo DS

Moon is Renegade Kid's second video game, and just like Dementium: the Ward, is a Nintendo DS-exclusive FPS that attempts to create an eerie atmosphere on the system's two screens. Utilizing a revamped version of the Renegade Kid Engine and more intuitive controls, it has been universally hailed as one of the best of its kind on the Nintendo DS. A remake of the game, titled Moon Chronicles, is set to be released throughout 2014 in episodic format on the Nintendo 3DS eShop.

The year is 2058; researchers have been secretly working on a lunar base for some time. While exploring the surface, these researchers find a sealed alien hatch and from there on in are caught in numerous violent encounters with extraterrestrials.

Shortly after landing there with an unspecified objective his team is attacked and numerous marines are kidnapped. The protagonist, Major Kane, has no choice but to go into the sealed alien hatch in the hopes of finding his comrades.

Just like in Metroid Prime: Hunters, much of the storytelling in Moon is told through exploring environments and reading digital diary entries. The game also features a few 3D cutscenes with voice acting, running on a 3D engine.

Moon's controversial control scheme utilizes both the D-pad (for movement), touch screen (for aiming and selecting weapons) and shoulder buttons (shooting). While it is inherently accurate, some find it uncomfortable to use.

Moon hearkens back to the FPSs of old, such as Doom or Quake. It is less action-oriented, with a small number of enemies on screen at any time, and focuses on adventure elements and story progression.

Moon's critical and fan reception has been mixed. Holding a 74 Metascore, Moon was widely received as one of the best FPSs on the DS -- largely thanks to the lack of competition. Critics complained about repeating level design and derivative narrative. Some loved it, however, and it won an Editor's Choice award at IGN.com and Worth Playing. The game's proficient visuals and constant 60 frames per second were universally praised. 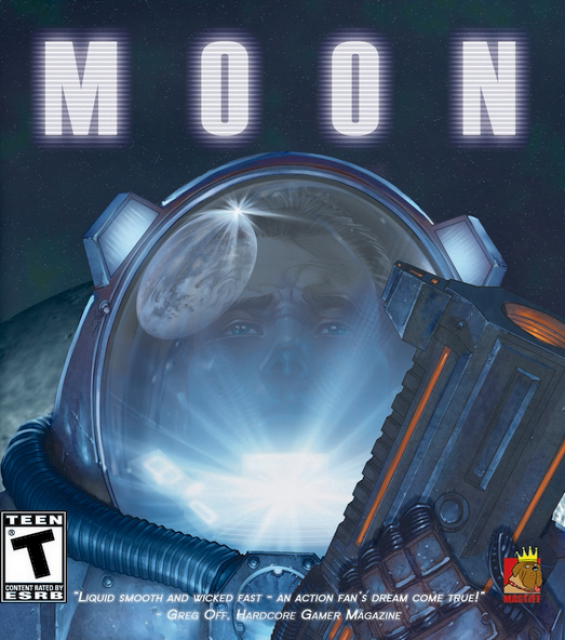