The Campus Legend is similar to the NCAA 06 version, however, is only featured in the Xbox and PS2 versions. The Xbox 360 does not support this feature, and will be seen in the NCAA 2008 version (which, is also on the PS3). You start out by going to a football camp, perform in some drills, and you are awarded a scholarship and get to pick in any Division 1-A program. From there, you begin your 3-4 years on that team, going through different teams, and hopefully ascend to the Number One ranking, and win both the Heisman and National Championship.

This year focuses more on momentum from last year. There will be a momentum meter by your scoreboard. If you perform a big play, such as scoring a touchdown or preventing the opponent from scoring, your momentum meter will rise. This will help your individual players' attributes. If you give up the big play, you're meter will fall, while the other team's will rise. This will impose a negative effect on your players' attributes.

The Xbox 360 version is considered to be the stripped down version. Although it supports online and leaderboards, you cannot play in Campus Legend, and have very limited features. You can create a player, but only goes into just his name, face appearance, and attributes. You cannot customize the way your player looks (such as sleeves, socks, and eye paint). However, the Xbox 360 version of the game does include the ESPN brand and is integrated into the game, like the Xbox and PS2 versions. The 360 version features several mini-games, such as Tug of War and a game that resembles bowling. The Xbox 360 version sports more advanced visuals and graphics, and is the first NCAA Football game on the next-generation consoles. The Xbox 360 version does support a Dynasty Mode that has not been stripped down. 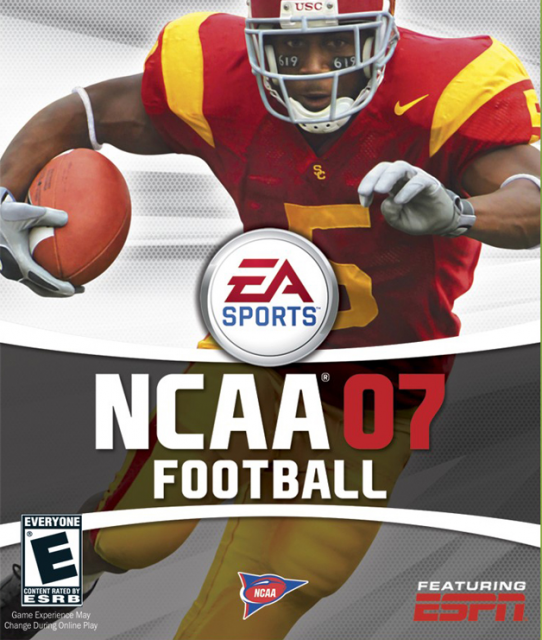