Protect the Earth from an onslaught of giant ants and UFOs! Released on the Sony Playstation 2 in Japan and later in Europe.
PlayStation 2

Global Defence Force (or Chikyū Bōeigun 2 in Japan) is a 3rd Person Shooter where you play the role of either a 'Storm 1' soldier or a jet-pack laden 'Pale Wing'. Each uses their own collection of weaponry with Storm 1 using mainly conventional military weapons (Assault Rifles, Rocket Launchers, Grenades), while Pale Wing has more futuristic weaponry. There are over 300 weapons in total!

The enemies you face are a collection of giant creatures, usually oversized versions of insects. You begin fighting giant black ants in London, but soon enough you'll be facing giant spiders, flying Saucers, tripod robots and a huge reptile named Saurous. The enemies range from being about four or five times your size, to being as big as a building or even bigger.

You'll battle in cities, suburbs, in the mountains and underground in both the day and night. Each level is vast, and features dozens of enemies at any one time. Despite their numbers, your character levels up by collecting armour from fallen foes. You can also gather weapons and health packs.

There are five difficulty settings. The harder the difficulty, the greater your chance of unlocking a more powerful weapon. There are 71 levels in total, and for each you complete you recieve half a medal. You get each half by completing the level with each of the two characters.

Vehicles also appear in the game, such as tanks, helicopters and hover bikes.

The game also features a co-op mode and vs multiplayer. The screen is split down the middle and you can choose to play as either class and either play the single player campaign, or battle it out in one of the 11 levels to choose from. 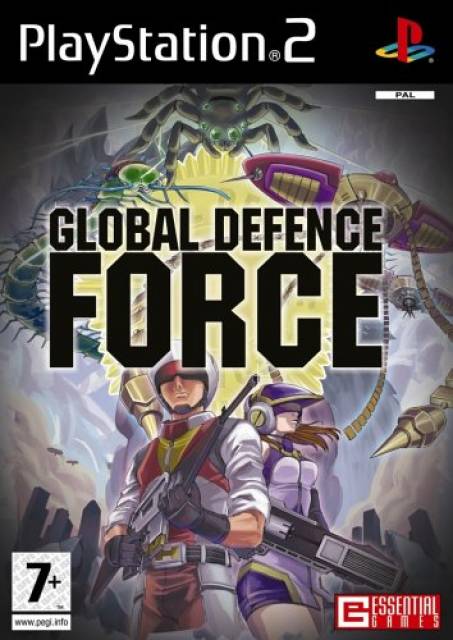