A baseball game released for the Sega Genesis, Game Gear, and SNES in 1994. It is notable for its large sprites, full season mode and scoreboard animations.

MLBPA Baseball is a baseball game from Visual Concepts and EA Sports and considered part of the EA Sports universe. The game is named for the Major League Baseball Players' Association, the license to which was acquired for this game, allowing it to use actual player names from the 1994 MLB series. However, the game lacks the MLB license to accompany it, and so all the team names are simply city names.

The game was later released in Japan as Fighting Baseball in 1995. This localization is notorious for its made up "American-sounding" names like Bobson Dugnutt and Mike Truk, as the MLBPA license did not extend to that version. Inexplicably, in 2022's The Simpsons Treehouse of Horror Death Note parody, all of the executives at the corrupt climate change-inducing company that Lisa kills were taken from this game's Japanese roster. 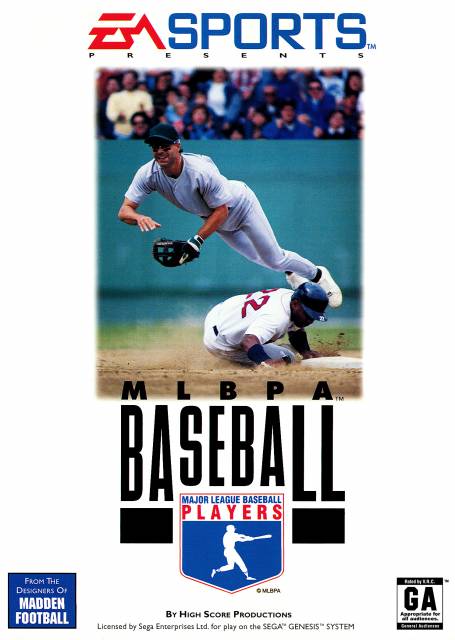