The player takes control of a small ship that can detonate itself at anytime, and the resulting explosion is used to detonate enemy ships, ideally causing a large chain reaction. As players progress, more enemy ships are added, creating the potential for even larger combos. Players also gain more points by detonating to the beat of the soundtrack. The risk comes from a timer--since you can't collect additional time power-ups in mid-combo, you'll occasionally have to manually end your combo to stay afloat. The player's ship can be destroyed when it collides with an enemy.

In addition to the time-limited and time-unlimited modes, a mode named R4: The Revenge allows the player to engage in a dual-joystick shooter version of the game. Players can also use their own music as the soundtrack for gameplay with the Wiz Ur Muzik mode. 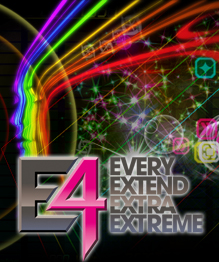