The first game in the popular Angelique series. It is generally acknowledged to have marked the beginning of the otome genre.
Game Boy Advance

Angelique is a dating sim otome game developed by Ruby Party, a division of Koei consisting fully of women. It was originally released on September 23, 1994 for the Super Famicom, and has since been ported countless of times, often including additional features.

The player assumes the role of Angelique Limoges, a young woman chosen by the Queen of the known Cosmos to one day succeed her. In order to do this, she must populate a kingdom she has been given before her rival and fellow Queen candidate, Rosalia, can do the same. Angelique can call upon the help of nine male guardians who help regulate various aspects of the kingdoms, as well as send them to sabotage her rival's kingdom. If the player wins the contest, Angelique becomes the new Queen. She can also choose instead to wed one of the nine guardians, any of whom can be courted, and sacrifice her throne for true love.

Angelique Special was the first port of the game. It was originally released on December 22, 1995 for PC-FX, and was later ported to PC, Sega Saturn, and PlayStation on March 29, 1996. It adds to the game voice acting by several big-name voice actors, in addition to new animated cutscenes. The PC version is said to be extremely hard to find.

Angelique Voice Fantasy was released on the very same day as Angelique Special, and adds all of the voice acting found in Angelique Special to the original SFC game using a CD and an add-on deck called Voicer-kun.

Angelique Duet is the latest revision of the Angelique game. It was originally released on July 30, 1998 for Sega Saturn and PlayStation, and later ported to the Nintendo DS on April 6, 2006. The biggest addition to the game is the option to play as not only the usual heroine Angelique Limoges, but also her rival Rosalia de Catargena. 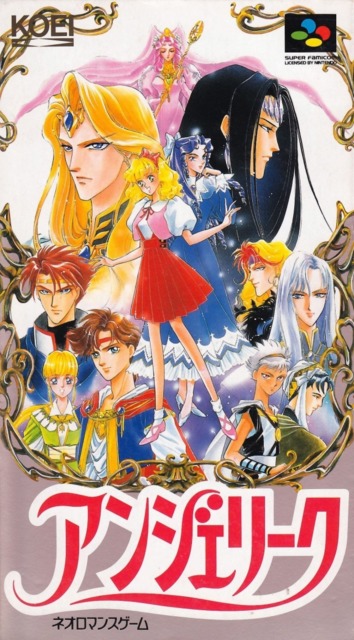