In Def Jam: Vendetta you fight your way through the underground street fighting world to earn money and respect.
PlayStation 2

Def Jam Vendetta is a fighting/wrestling video game published by Electronic Arts. It features a wide range of characters from the world of hip-hop, and is named for the Def Jam record label, of which almost all of the artists in the game were signed on at the time of release. It was released for the PS2 and Gamecube. It uses the AKI engine made famous with the pro wrestling games on the N64.

In Def Jam: Vendetta, you first choose one of four characters (Briggs, Proof, Tank or Spider) to play as in the story mode. You are an up-and-coming underground street fighter ready to make it big. As you fight your way to the top, the owner of the clubs in which you fight, D-Mob, takes a notice to your abilities and ambition. A violent world of shady business unfolds itself as a result. Eventually you are no longer fighting for the money and the women, but you are fighting to survive.

The game features a wide variety of characters from the hip-hop world such as Method Man, Redman and Ludacris. Included in the game are also a handful of created characters that serve as allies, enemies, girlfriends and opponents throughout story mode. 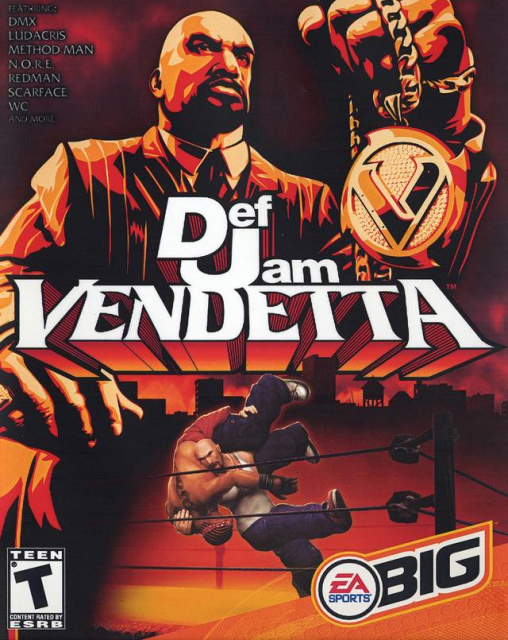