A survival-horror game based on a Japanese horror movie, this is the only first person shooter on the infamously terrible Virtual Boy console.

Insmouse No Yakata is a video game based on a low-budget Japanese horror film of the same name which has gained a cult following in Japan, which is itself based loosely on H.P. Lovecraft's story "The Shadow Over Innsmouth".  It has the distinction of being not only the only first-person shooter but also the only survival-horror game  in the Virtual Boy's small library.

The player will traverse no more than 13 of 45 possible levels per playthrough.  Each level has several enemy creatures, which are killed using a gun from the first-person perspective.  Since ammunition is scarce and the player cannot slip past enemy creatures without killing them, there is a strong survival horror aspect to the gameplay motivating the player to find alternate routes rather than resorting to combat.  Each level is completed by finding a key, which allows the player to progress to the next level or the ending, of which there are four. 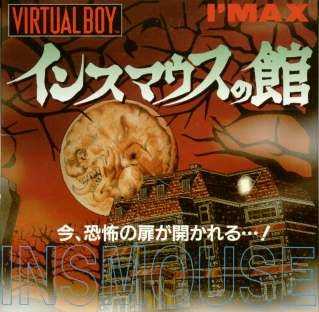