A Sci-Fi action game by High Voltage Software, Evasive Space gives the player control of the Stellar Guardian Konki's Ship. You must pilot through the galaxy to rescue the many Constellation Stones from Dr. Dark Matter and his space thieves who have stolen them.
Wii Shop

Twinkle, twinkle, little star, how I wonder WHERE you are... The universe is going dark and it's up to you Konki, Stellar Guardian, to put things right. Dr. Dark Matter and his roving band of space thieves have stolen many of the Constellation Stones that make up the heavens. Some stones have been sold to unscrupulous space types while others were lost during the getaway. Whatever the situation, you must come through. Suit-up, power-up, and live up to the task at hand. Recover the lost Constellation Stones and once again bring light to the night sky."

Evasive Space is a top-down shooter with 3D graphics powered by High Voltage Software's Quantum3 game engine. To pilot Konki's ship, the player moves an on screen reticule in the direction they wish to go, and then press the B button to power the ship's throttle. The farther away the reticule is from the ship itself, the faster it will go. In any given level, the player will either have to collect a certain number of objects or make it through the level before time runs out. Piloting the ship does take some practice, though, as certain objects may prove to be deadly to run into, and if the player hits a wall his/her ship will be rendered immovable for a few seconds. The ship also has a "tethering" ability that allows it to tow objects, which can be used to move derelict ships or mines out of its path. Different objects have different functions, and the player will have to know which ones to collect in order to be successful. Your ship needs energy, which can be collected in cells hidden throughout the various levels and is depleted each time you hit a wall or object. In addition to these, players will also collect upgrades for their ship, time extensions that rewind the game clock, and space travelers who are in need of rescuing.

For each 10 diodes the player collects, an upgrade will be unlocked. According to the developer, the ship in fact "comes" with these "upgrades already installed, and merely needs the energy in the diodes to activate them. The six upgrades, in the order they can be unlocked, are:

The plot of Evasive Space revolves around the player retrieving the "Constelation Stones" as mentioned earlier, as well as various side missions that appear along the way. Only High Voltage games can truly do the plot justice, so in addition to the previous statement, here are a few more words from the game's website concerning the plot:

"You will travel to the farthest reaches of the galaxy, braving some of the most dangerous elements and facing some incredible obstacles. The Constellation Stones could be anywhere so prepare for flight through asteroid fields and gaseous planetary rings, as well as through the labyrinth-like space caves and space stations. Narrow corridors, mining drills, steam pipes, debris, gaseous entities, space worms, and of course Dr. Dark Matter's traps are just some of the threats to your ship. Be prepared for anything.Finally, understand that others have tried and have not been heard from, so you may be tasked with other secondary objectives such as saving derelict spacemen, recovering stranded space crafts, collecting valuable energy resources, and more on your journey."

There you have it. No doubt and exiting and thought-provoking story with numerous socio-economic undertones. Oh, and remember:
"They're Counting on YOU!"

In addition to the single player campaign, the game will feature a full-fledged local multiplayer component. Players can team up with three friends and take on the six different game modes:
Also, the game includes a Nintendo Wi-Fi connect leaderboard tool, which lets players see how they stack up against others on any of the single player levels.
*It is unclear what the difference is between Collector and Hero multiplayer modes, but they are separate, distinct gameplay styles. 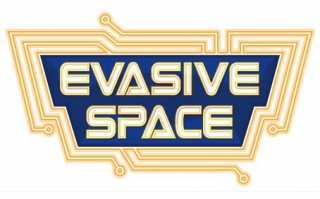