Mega Man 64 is port of the 3D Mega Man Legends that came out on PlayStation a year prior. It comes with new levels and added content, but at the same time lacks some features from the other iterations.

Mega Man 64 takes place on a flooded Earth, so only a few sparse islands are inhabited and there are few sources of energy. Because of this, quantum reactors found in ancient ruins are used for energy, and their shards provide currency. The main goal of the inhabitants is to find the Mother Lode, a fabled source of infinite energy. Those who try to find it are called "Diggers", with information provided by "Spotters".

MegaMan Volnutt is a Digger who has to fight his way out of a ruin after finding the refractor. After defeating the Reaverbots he escapes on the Flutter, an airship. Unfortunately, the Flutter suffers from engine trouble and crash lands on Kattelox Island. The Casketts try to find a way to repair the Flutter, but are attacked by air pirates called the Bonnes. They seek refractor crystals to steal from others, in hopes of becoming rich. The ruins that they land at are revealed to be related to the "Main Gate", which is feared by the resident because a mysterious being supposedly lurks within.

The Main Gate turns out to be a stasis chamber holding a robot called Mega Man Juno, who is from Eden. Eden is a space station orbiting above the planet. MegaMan awakens him from his sleep, referring to him as "Mega Man Trigger". He claims that the population of the island, referred to as Carbons, needs to be purged. He notices that MegaMan is suffering from memory loss, and places him in an electric barrier to keep him from interfering. MegaMan is freed by the Casketts and defeats Juno, killing him. The Juno remarks that MegaMan is a "1st Class Purifier Model".

Juno transfers his backup data to the systems of the Eden, and the Carbon Purification Process continues its preparations. Data gives new instructions to the system, stopping it and erasing Juno's back-up data. Data also reveals to MegaMan that he contains all of his memories as Mega Man Trigger and will return them to him when the time is right. The residents praise MegaMan's heroics and the Casketts fly away on the newly repaired Flutter.

The game ends with the Bonnes floating on the sea, towing the large refractor found in the main gate.

While past Mega Man games were primarily two-dimensional side scrollers, Mega Man 64 was a three-dimensional shooter in an open world. The player progresses through a linear series of dungeons, as well as a hub town with NPC's to interact with. The plot is mostly revealed through cutscenes, mostly with voice-acting.

Mega Man's weapon was also somewhat changed. His Buster Cannon could no longer be charged, but holding the button would cause it to auto-fire, the rate of which is determined by the equipped "Buster Parts". Buster Parts upgrade four stats:

It is impossible for all four stats to be maxed out at once, allowing players to tune their cannon to their own style of play. The exception is the Buster Max, which the player can acquire by setting the difficulty to Easy. Buster Parts can be acquired from dungeons or bought from stores. Health upgrades can also be purchased at stores. The game uses Refractor gems as a power source. Refractor Shards, also dropped by enemies, can be exchanged for money, expressed in Zenny.

Special weapons are also different in MM64, as they are not obtained from bosses. Roll Caskett makes weapons for the player, using parts from dungeons and shops. Most of these increase the power of the Buster Cannon, such as the homing missile launcher. Weapons can only be carried one at a time, and you must talk to Roll to switch between them. 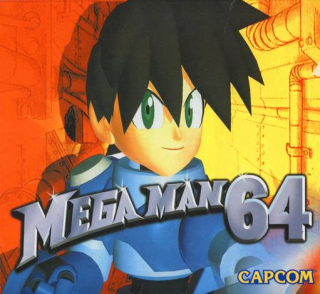