The official cover announcement was made on Friday, April 24th at the NFL Draft. Two athletes are on the cover for the first time in series history.  The cover athletes are Larry Fitzgerald, Wide Receiver of the Arizona Cardinals and Troy Polamalu, Safety of the Pittsburgh Steelers.  The cover athletes embrace the motto of Madden NFL 10: "Fight For Every Yard."

The candidates for Madden NFL 10 cover athlete were:

Lead Designer of Madden NFL 10 Ian Cummings posted the first in a series of blogs during the halftime show of Super Bowl 43. Throughout the development cycle, news on various updates and improvements such as Procedural Awareness and changes to the speed of the game. The first screen-shot of Madden NFL 10, revealed by EA Sports president Peter Moore, displays a number of changes to the game.

Injuries have been revamped in Madden NFL 10 to be more realistic. The outcome of an injury's severity is delayed rather than immediate. Trainers will run out onto the field and in serious cases, the injury cart. The user is prompted when a player can return to the field, but with the risk of re-injury.

Presentation has received a much needed upgrade as well, both on the field and off. Franchise mode now has The Extra Point, a week summarizing highlight show similar to the one found in ESPN NFL 2k5. Players are shown warming up before the game as well tailgating fans. Finally, the USAF Thunderbirds will fly over the Super Bowl.

In January, EA released a new gameplay mode, Madden Ultimate Team, that was downloaded as a patch for free. The mode is played like a card game, the player is given a large deck of bronze cards to begin with. Four levels of card packs can be purchased through the store, either with "coins" that you make through the mode, or they can be purchased with real money over Xbox Live/Playstation Network. The games are played with every player that you have in your deck of cards in either CPU matches against real football teams, or other users online against their Ultimate Team card deck. Each card can suffer from an injury or run out of games for their contract, both can be healed with an injury card or contract card. Other ways to find players for your team include an auction house and a deals of the week section.

Installing Madden 10 takes up about 5.7 GB of space on the hard drive. 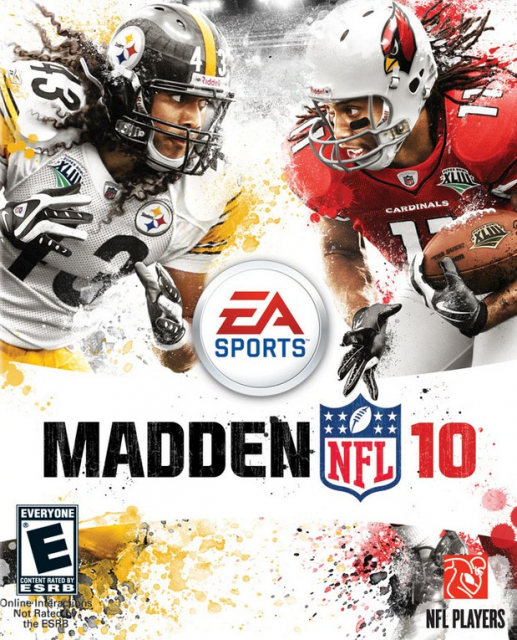