A Japanese-exclusive arcade adaptation by ADK and SNK of the shogi board game, featuring both traditional and Hasami variants. As it runs Neo Geo hardware, it was released in home Neo Geo systems shortly after release.

Shougi no Tatsujin: Master of Syougi (with the sub-title as a translation of the main title) is a virtual shogi game developed by ADK and released by SNK for arcades (using Neo Geo MVS hardware) in Japan on September 28, 1995. It was later released for the Neo Geo Advanced Entertainment System on October 13, 1995 and for the Neo Geo CD on October 20, 1995.

A spiritual successor to the developer's 1980 arcade game Shougi, Shougi no Tatsujin is a virtual adaptation of the shogi board game and includes two game modes: traditional shogi (本将棋, hon-shougi) and the Hasami variant (挟み将棋, hasami-shougi). Each mode has a different set of live-action opponents, with the traditional variant being presented as a tournament. The NGCD version adds a third variant: Mawari (周り将棋, mawari-shougi).

While all versions of the Hasami variant feature limited turn timers, the arcade version is notable for including a limited play timer with the traditional variant (which counts down on the player's turn and, when expired, causes the current credit to expire).

The game later received a handheld port for the Neo Geo Pocket on November 20, 1998. This version includes both game modes and new anime-inspired characters, as well as linked multiplayer support. This version later received a port for the Neo Geo Pocket Color on March 19, 1999 as Shougi no Tatsujin: Master of Syougi Color. While both versions are identical and compatible with both systems, the Color version adds color support for the NGPC. 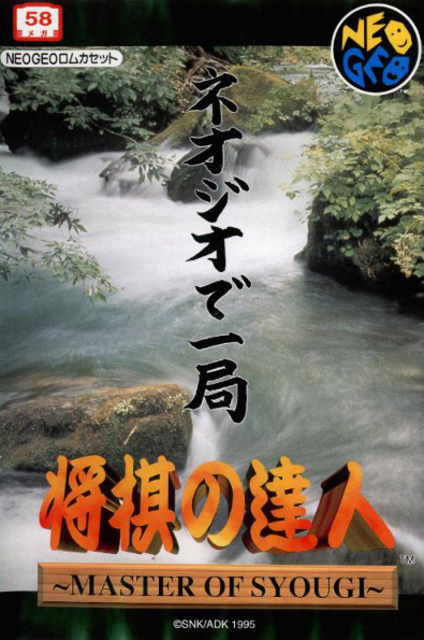