Final Fantasy: The 4 Heroes of Light

Final Fantasy: The 4 Heroes of Light is a Final Fantasy title for the DS aimed to return to the roots of RPG gaming.
Nintendo DS

In an early interview with Famitsu Magazine, producer Tomoya Asano stated the game's design has been based on feedback from gamers stating games of the genre were more fun in the days of 8-bit and 16-bit gaming. The story will progress through conversation with NPCs. The interview also stated that a great deal of the plot will be left to the imagination of the player. The story is very reminiscent of the 8-bit era. The player will control Brandt, a kid sent out to rescue a kidnapped princess.

The battle system has also been designed around the roots of the genre, with the game adapting a turn-based system of gameplay instead of the more common active battle system. A full class system and special abilities will exist to define all party members as well.

Brandt, upon just turning fourteen years old, must present himself to the king as a custom of entering manhood to become men. Unfortunately, when Brandt arrives, he finds the king terribly upset. Princess Aire, the king's daughter, has been kidnapped by Louhi, the Witch of the North. Brandt sets out to rescue her and is joined by his friend Jusqua and the princess's personal bodyguard Yunita. After slaying the witch and returning to Horne, they discover that everyone has been turned to stone. The four heroes head off in different directions to see if they can solve this mystery and hopefully prevent any other towns from falling victim to the curse.

All four main heroes can be renamed when they join your party.

The job system in Final Fantasy: The 4 Heroes of Light revoles around characters wearing crowns. There are 28 crowns in total to wear, including the freelance job where the character actually doesn't wear a crown. These crowns may be enhanced using a specific number of crystals, which are often dropped by killed monsters. Each crown can be upgraded a maximum of three times, each one giving a new skill. character may switch between different jobs at any time simply by switching the hat they are wearing. Each crown bestows a particular skillset which is wildly different to their respective counterparts. The crowns are as follows:

The freelancer crown has no benefits outside of the fact that you will lose no gems or items upon your death. It has no skills to be gained from levelling, but the ability to lose nothing on death makes it a keen favorite to farm specific items, especially "Ribbons" from the "Bug Bear" enemy.

The wayfarer crown has the unique ability of being able to escape from battle, and the passive bonus to give recovery items a more effective use. The skills are:

The wayfarer crown is a brown hat with a feather sticking out of it.

The white mage is the main crown for healing. It reduces the AP of white magic by one, so cura which originally costs 2, would cost 1 under a white mage crown. The skills are:

The white mage crown is a white hood.

The black mage is the main crown for elemental based magic damage. It reduces the AP of black magic by one, similar to the white mage crown. The skills are:

The black mage crown is a black top hat. Classy!

The bandit class is the only one that can steal items from enemies, which is crucial for a perfect game completion. While this crown is equipped, enemies drop rarer items. Skills are:

The bandit crown is a black bandana, worn across the characters face.

The bard class is mainly a support class, used to increase an allies status and provide buffs. They handle musical instruments (Harps) better than other classes. Their skills are:

The bard crown is a wreath worn on the characters head.

The merchant crown is based upon the ability to gain more gems from an enemy per battle, and also gains more gems after a fight. Their damage output is minimal, and skills are:

The salve-maker class focuses on using recovery items in a variety of ways in battle. Their skills are:

The salve-maker's crown looks like some kind of funny chef's hat, and includes a snazzy monocle!

The elementalist crown halves the amount of elemental damage the player takes. It is one of the most useful classes because it can keep player's characters alive longer against the many enemies that focus on using the different elements to deal damage. Their skills are:

The elementalist crown is an indian headdress.

The ranger crown focuses on using ranged weapons such as bows and arrows in combat and allows you to deal extra damage with them. Their skills are:

The ranger crown is a brown bomber hat.

The fighter crown specializes in bare handed combat and is given a bonus to damage when fighting with no weapons equipped. Their skills are:

The fighter crown is a red and gold striped bandeezy.

The scholar crown makes use of equipped books and specializes in reducing the enemy's stats. This is good for if the enemy is hitting too hard or if you want to hit back harder. Their skills are:

The scholar crown is a black and white cap and gown.

The party host crown works like a support class and is used for psyching up the party so that you can then deal powerful joint attacks. Their skills are:

The party host outfit is a shiny white tiara with crazy anime hair.

The hero crown is made to be an absolute bruiser and it can deal heavy damage in physical and magical ways. Heroes will also get psyched up more often than other crowns. Their skills are:

The hero crown looks like a gold and silver winged crown with a ruby jewel in the center.

The spell fencer crown mixes magic with weapons to more effectively use the elements against your enemies. Early in the game the main party briefly meets a character that is a spell fencer. Their skills are:

The spell fencer crown is a turban.

The monk crown gives characters the ability to use the dead in combat. As the monk dies and is resurrected some of their skills become stronger. Their skills are:

The monk crown is a black hat with a cool skull sitting on top of it.

The dancer crown deals extra damage with short swords and speeds up the recovery of AP among the party. This crown is useful for if players want to use high AP consuming skills with other party members more often. Their skills are:

The dancer crown includes slicked back hair, or a black bandanna, as well as a rose in the character's mouth, and super classy clothes. 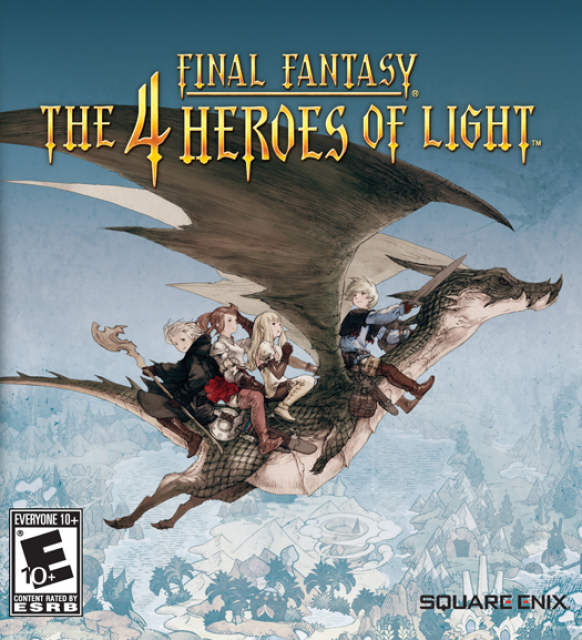