Gods Eater Burst is a third-person monster hunting RPG game developed by Shift for the PlayStation Portable. It is an expanded version of the original God Eater, which was not released outside Japan.

Set in an apocalyptic future, you play as a custom user created main character who has just been accepted into the ranks of the Gods Eaters. The Gods Eater are an elite group of humans who serve as humanities last defense against the Aragami, a mysterious and powerful species that threatens the extinction of mankind. Nobody knows where the Aragami came from, they just appeared from nowhere one day. They have no brains or hearts, as they are actually a colony of hundreds of thousands of oracle cells (single celled organisms) which means they cannot be harmed by conventional weapons.

It is for this reason the Gods Eaters created the God Arcs, an advanced type of bio-weaponry embedded with oracle cells to stop the fusing of the Aragami cells.

There are over 100 missions to complete in the game. Gods Eater will let you customize your weapons based on materials you find during missions. You have to team up with three other God Eaters, NPC's or human players through wi-fi, to defeat the Aragami.

Despite not being in the official compatibility list, Gods Eater Burst can be played on the PS Vita by downloading it from the PSN Store. 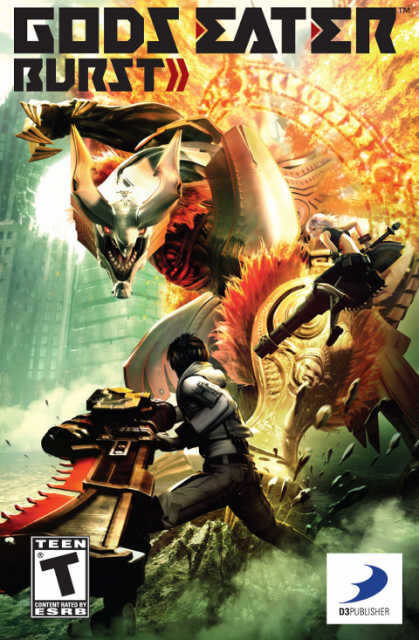