An adventure game designed by Roberta and Ken Williams. Although the game itself is entirely text based, it was the first adventure game to feature graphics. The game places players locked inside a mansion, tasked with finding a way out.

Mystery House is historically notable for being the very first computer adventure game to use graphics rather than purely textual descriptions. It is also the first adventure game created by Roberta Williams, who, with her husband Ken, founded On-Line Systems, later known as Sierra On-Line, and currently known as Sierra Entertainment.

The game starts out as a treasure hunting game, but the protagonist's fellow treasure-seekers start dying, and players must figure out who the culprit is.

There were several different games called "Mystery House" that were released in Japan during the 1980s:

The game sold 80,000 units worldwide. The majority of those sales came from Japan, where it sold 50,000 units. 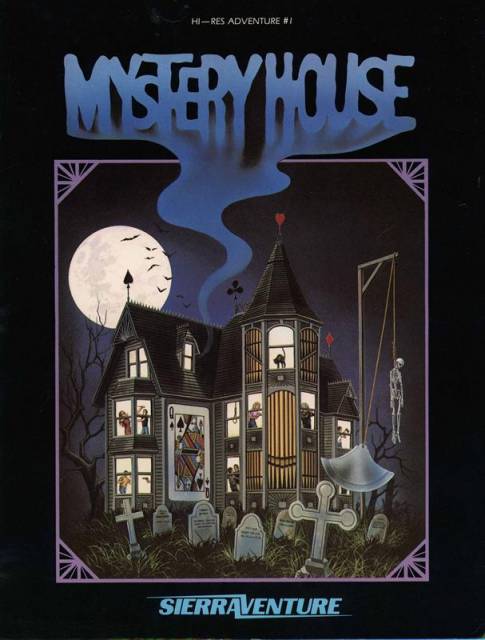