A port of the PSP game for HD consoles. Voice acting has been reintroduced for almost every line in the game.
Xbox 360 PlayStation 3

While lacking local multiplayer,  online co-op remains available. For single-player, up to four unlocked officers can be added to the battlefield. Officer "cards" can also be applied not just to city upgrading, but battlefield areas - certain combinations like Liu Bei and Sun Shang Xiang activating special bonuses to aid the player. AI allies can also be given specific instructions such as "attack grunts" or "destroy enemy weaponry".

There are also cameo appearances of Ninja Gaiden characters Ryu Hayabusa, Momiji, and Kasumi for cross-franchise promotion of Techmo-Koei games on the PS3 version; Xbox 360 users have cameos from Nu Wa, Fu Xi, and Taigong Wang from Warriors Orochi. All of these weapons have unique musou attacks to differentiate them from other weapons in similar categories.

Items and officers can be traded; while setup cannot be altered on received "guest" officers, all experience (weaponry, character stats like Agility) will be added to the officer loaned out. This allows potentially every officer in the game to reach perfect 500 in every category of ability stats.

With the exception of new downloadable content for the PSP, all missions such as Orochi crossovers, brief scenarios like the battle of Tong Gate, or Wood Test which pits them against Wood-element-innate characters in an environment with Wood-element hazards. Like the PSP version, all rewards and mission progress in either single or multiplayer counts towards player progression. 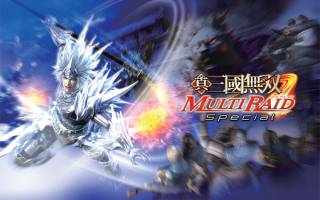