A traditional turn-based RPG, released for the Super Famicom in 1995. The game is based on the light novel and anime of the same name.

Eien no Filena (Eternal Filena) is an RPG for the Super Famicom. It is based on and named after the light novel of the same name, which was adapted for an original video animation shortly before this game's release.

The story concerns a dispossessed princess who is secretly raised as a boy, as male slaves are trained to be gladiators while the women become prostitutes. As she grows in strength in the arena, she discovers that any critical fights to the death are decided ahead of time depending on the gladiator's popularity, and chooses to rebel against the corrupt empire to relocate and emancipate her old kingdom with her companions.

The game plays similarly to RPGs from the era, adapting its own version of the Active Time Battle system from the Final Fantasy series. 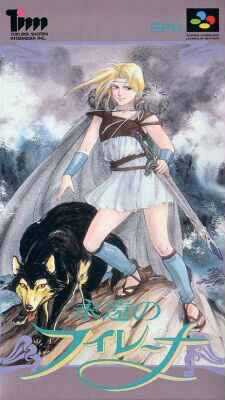