This canceled FPS was planned to tell an untold story during Season 8 of the television show. Development stopped in late 2006. A legal battle then ensued between JoWood and Perception over the rights to the franchise.
PlayStation 2

The Alliance was originally going to continue SG-1 storylines and create new ones. The game never saw light because of a legal battle for the rights of the Stargate franchise. JoWood Productions was the developer for the game, but lost the case and the rights to develop the title. The writers and producers of the SG-1 television series were very close to the production of the game. The writers wrote the story, and helped create a concept for an all new enemy in the game. The writers and producers were upset that the game was cancelled because of how closely they worked in the development process. The game also was using a modified version of the Unreal Engine.

An all new threat is coming the the stargate universe when Anubis and the Haaken form an alliance. The people of earth have yet to ever encounter the race of the Haaken, who were imprisoned by the Ancients, and are a powerful enemy. After forming the alliance, the Goa'uld are once again a threat to the people of earth, and the SGC is the first line defense.

Stargate: The Alliance was going to be a first person and third person hybrid shooter. There would be several different character types to use, including: soldiers, Jaffa, scientists, and medics. Each class would serve a specific purpose on the battlefield. Through most of the single player experience, the player would take the role of a member of SG-1, and the real cast supplied voice over for their characters. The player would travel through many different environments familiar and unfamiliar to the series. The familiar environments would include Goa'uld ships, Tokra tunnels, and several different worlds from the series. The player would also travel to the previously unexplored world of the Haaken. The game was also to include multiplayer, but not there was not much information about what it would entail.

A copy of the game was acquired from a former developer of the gameby YouTubers Ptoponline and Gaming liberty retro, and footage of nearly all of the mostly finished game has been uploaded to their respective YouTube channels. 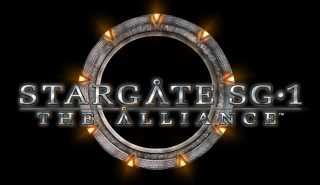