Nebulon is an arena shooter with a twist on the genre's most common control system.
Xbox 360 Games Store

Nebulon turns the arena shooting sub-genre on its head. With graphics similar to Geometry Wars, what really sets the game apart is its default control scheme. Enemies are dots that are slow and easily defeated alone but can join together to form more formidable foes. The game is developed by Dark Omen Games and available on the Xbox Live Marketplace's Indie Games channel.

The setup strays little from its predecessors: fly around a square arena shooting enemies. The left analog stick is familiarly used for movement, but the right stick is used for aiming. Instead of the stick, a trigger is designated for the task of firing. As a result, the ship may only fire in the direction of its facing. This leads to a lot of stop-and-pop gameplay as you must line up your shots to take out enemies.

A recent update brought the addition of dual-stick controls that may be selected before starting the game. The original control scheme is still intact. Both control schemes receive equal footing and the selection is made each time the game is started.
Geometry Wars: Retro Evolved BIOLOGY BATTLE Groov 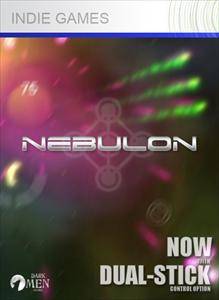