A sim-RPG from Level-5 and Brownie Brown that concentrates on everyday life in a fantasy world. NOTE: This is not the version released in the West.
Nintendo 3DS Nintendo 3DS eShop

Fantasy Life was announced at a Level-5 press conference in August 2009. The game involves creating a character, picking a job, and going on quests. There will be a total of twenty jobs, each with their own unique song and ending. Music is being produced by Nobuo Uematsu and the illustrations are done by Yoshitaka Amano. Level-5 has also hinted at unique ways to connect and play with people through via Wi-Fi.

In October 2010, during the Level-5 "Vision" press conference, it was announced that Fantasy Life would be moved over to Nintendo's next portable system, the Nintendo 3DS, rather than the Nintendo DS for which it was originally planned. The game also showed off a new art style. The game was originally planned to be a 2D title, but when switched to the 3DS became a title with 3D graphics.

Later updated and re-released with new features as Fantasy Life Link! - this would also be the version localized and released in North America, Europe and Australia. 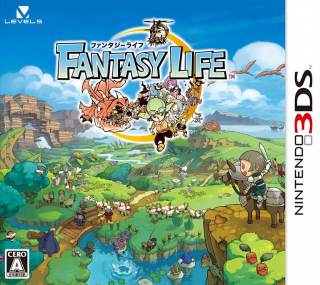