The sequel to Micro Cabin's Mystery House released for Japanese computers in 1982.

Mystery House II (ミステリーハウスII) was an early Japanese graphical adventure game released by Micro Cabin in September 1982. To avoid confusion, this is a sequel to Micro Cabin's Mystery House, which is unrelated to the On-Line Systems game Mystery House from 1980. While the premise is very similar to the first Mystery House, find the hidden treasure inside the house and escape, the explorable area is greatly expanded in the sequel with the player being able to search three different floors as well as the exterior of the house. The title was initially released for the Sharp MZ-80B computer as two volumes and later ported to many other Japanese computers such as the NEC PC-6001 in 1983 and MSX in 1984. 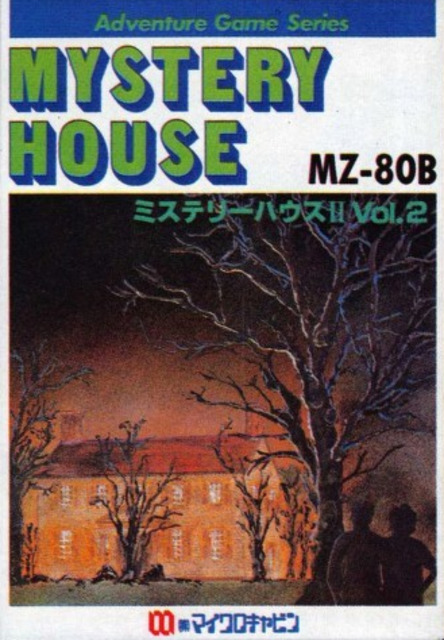