Archon: The Light and the Dark

Archon: The Light and Dark is a popular hybrid of turn-based, chess-like strategy as well as 2-player action sequences. It has been released on numerous systems including PC, NES, Amiga and C64. The game has also spawned two sequels.

Archon is a Chess-like game where the pieces "battle" for squares in an action arcade sequence. The goal is to either destroy every one of the enemy's units, or capture the 4 "power points" on the board.

While the two sides, the Light and the Dark, have similar units, their arcade sequence abilities are different.

Half of the board is made up of static black or white squares, while the other half of the board have squares that change color each turn. In the arcade sequences, Light units are stronger on White squares, and Dark units are stronger on Black squares. This relative strength difference manifests in a larger hit point pool for the unit and stronger attack power. Regardless of the underlying square color, some units are naturally stronger than other units.

Similar to Chess, units can move in different directions (or fly over other units) during the turn based phase. When two units are moved onto the same square, the action phase begins.

During the action phase, the game board disappears and is replaced by a battlefield strewn with obstacles. After a brief countdown, the battle begins, and the players control their unit by moving them in 8 directions and using their attack. There is only one type of attack per unit.

While the two factions have similar units in the turn based mode, during the action mode they usually have very different (but balanced) attack modes. For instance, the Light Side has a Phoenix which has to stop moving to perform it's limited range Area of Effect "explosion" to damage the enemy, while the Dark Banshee can slowly move while engaging it's weaker AoE "Scream" attack. The Light Side Knight has a strong melee attack and higher health than it's equivalent Dark Side Goblin - but the Goblin is faster and it's melee attack has a longer range. 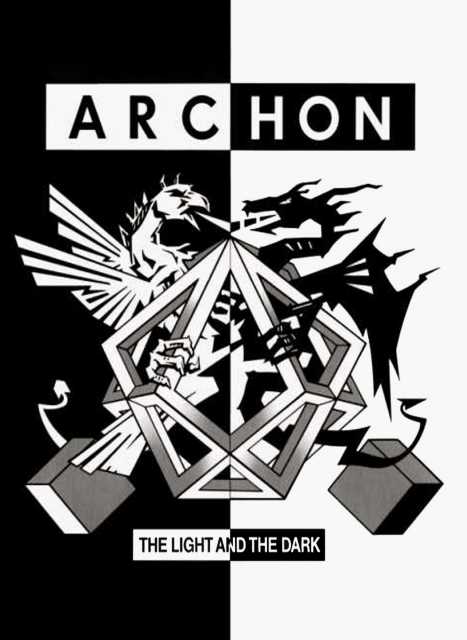